The New Segregation of Schools

The 1954 Brown v. Board of Education decision was, for all practical purposes, reversed in 1999 when a federal court ruled that forced integration was no longer necessary because "intentional" segregation no longer existed.


When some students walk through the door, they will take their first steps toward an endless potential of possibilities.

Their schools have been cleaned and polished, new textbooks and computers await them, and their long-tenured teachers will comment on how much they look like their older siblings.

Other students will walk into an entirely different setting. Students and teachers will be forced to learn in hot classrooms because the air conditioning has not been looked at since last spring. Their textbooks will have broken spines and the inscriptions of graduates from 1992.

Some of the teachers who greet them at the door are kind enough, but they are scared to death because they just received their emergency certificate last week due to the dwindling teacher pool.

Realistically, as students return to class after the summer break, they will be walking into two different public school systems.

There is the public school system for the privileged, another for the poor and powerless. 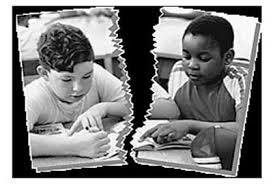 School Choice Is the Enemy of Justice

"Choice" has become the new tool of segregation.


Choice and innovation sound nice, but they also echo what happened after the 1954 Brown v. Board of Education Supreme Court decision, when entire white communities in the South closed down schools to avoid the dread integration.

This kind of racial avoidance has become normal, embedded in the public school experience. It seems particularly so in Los Angeles, a suburb-driven city designed for geographical separation. What looks like segregation to the rest of the world is, to many white residents, entirely neutral — simply another choice.


If we really, as a country, believe that education is "the great equalizer," then it should be just that -- equal, and equitable. Until then, there's no democracy in our democratic education.

The success or failure of students no longer matters to education "reformers." Now it's all about the "choice." Unfortunately, most school "choice" advocates don't mention that it is the school that makes the "choice," not the student.

Focusing on students in grades five through eight over the course of four years, the study found the voucher students consistently scored worse in math than their public school peers. The results for English proficiency were a wash; “there were no statistically significant positive effects after four years,” was how the education blog Chalkbeat described it. These study results echo those from an Indiana voucher study released last year.

So, Indiana diverts more than $150 million per year in taxpayer money away from public schools and into private schools with little to show for it. “Although school vouchers aim to provide greater educational opportunities for students, the goal of improving the academic performance of low-income students who use a voucher to move to a private school has not yet been realized in Indiana,” wrote the study’s authors.

What kind of schools and teachers do we need for our children? Linda Darling-Hammond lists the top five actions we need to take to improve education in the U.S.

tl;dr More money is needed to reduce out-of-school factors which interfere with achievement.


How do countries that have built an education system that is really strong, do it? And what's the difference between what they're doing and what we see in the united states right now?

Number 1, they take care of children. They have a child welfare system. They don't allow high rates of child poverty. In the United States, one out of four children lives in poverty -- homelessness has increased astronomically, children with food insecurity and so on, raggedy early childhood system for learning in the United States. And these nations...Canada is one of them, also, by the way, that's near the top...take care of children. They have food and housing and they have early learning opportunities that are high quality.

Number 2, they fund schools equally...[in the United States] the rich get richer, the poor get poorer...

Policy makers have long held public schools solely responsible for their students' achievement. The A-F school grading system in Indiana and other states places the burden on schools alone to solve the problems of low test scores -- as if tests alone were an adequate measure of student achievement...as if there were no out-of-school factors that had an impact on student achievement.

Policy makers must be held accountable as well as schools.

One of the out-of-school factors having an impact on student achievement is the presence of environmental toxins in neighborhoods, like lead.

Exposure to lead has an impact on children's school achievement and behavior. Public schools in areas with high levels of lead exposure (according to the CDC any exposure to lead is too much) are labeled "failures" because of the students' low achievement. Yet, in many cases, it's public policy which allows exposure to lead.

And it's not just the children. Adults who work in schools are also exposed to high lead levels.


According to a new study by the Government Accountability Office that was also prompted by the Flint crisis, only 43 percent of school districts test for lead in drinking water. About a third of districts that do test reported elevated lead levels.

That means tens of millions of students and educators could be exposed to lead—a proven neurotoxin that is especially devastating to children’s developing brains—through water they consume at school. Educator unions are leading the charge in many communities to demand water testing and access to the results and advocating for policies to ensure future monitoring. 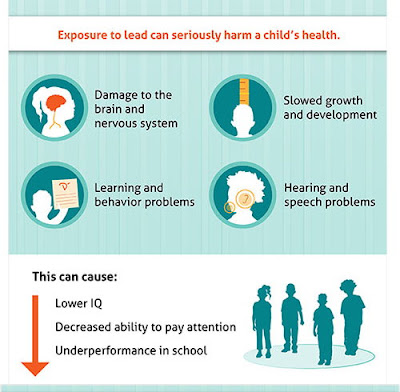 Read Aloud in Middle and High School? Of Course

Russ Walsh presents the case for read-aloud after elementary school.


Research supports the use of read aloud for motivation. Qualitative studies by Ivey and Broadus (2001) and Ivey and Johnston (2013) found that student read-aloud was an integral part of a reading engagement strategy. As the authors said in the 2001 study


For the students in our survey, it is clear that high-engagement reading and language arts classrooms would include time to read, time to listen to teachers read, and access to personally interesting materials [emphasis mine]. 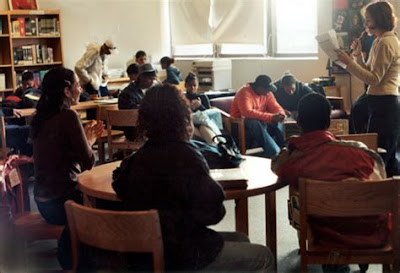