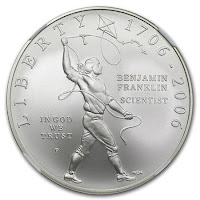 Today is birthday number 313 for Benjamin Franklin. He was born in Boston on January 17, 1706.

Most people know about Franklin, the statesman and philosopher. Here are some relevant Franklin quotes for today...


If all printers were determined not to print anything till they were sure it would offend nobody, there would be very little printed.

Queries and Remarks Respecting Alterations in the Constitution of Pennsylvania


Has not the famous political Fable of the Snake, with two Heads and one Body, some useful Instruction contained in it? She was going to a Brook to drink, and in her Way was to pass thro’ a Hedge, a Twig of which opposed her direct Course; one Head chose to go on the right side of the Twig, the other on the left, so that time was spent in the Contest, and, before the Decision was completed, the poor Snake died with thirst.


[A] great Empire, like a great Cake, is most easily diminished at the Edges.


All Wars are Follies, very expensive, and very mischievous ones. When will Mankind be convinced of this, and agree to settle their Differences by Arbitration? Were they to do it, even by the Cast of a Dye, it would be better than by Fighting and destroying each other. 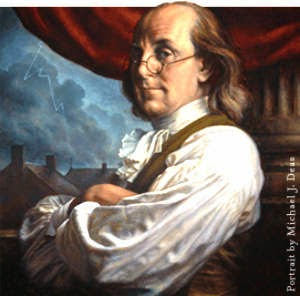 Franklin was one of the most well known and well-respected scientists and inventors of his day. We have him to thank for (among other things)... 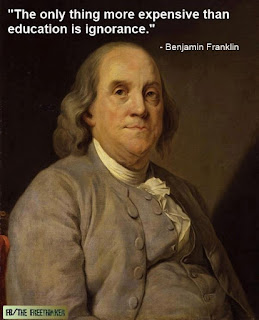 NOTE: This is an edited version of an earlier post celebrating Franklin's birthday. I've added some quotes and information and corrected some links.