Children Learn What They Live

In 1954 Dorothy Law Nolte wrote a poem titled Children Learn What They Live...

Children don't learn only from their parents and teachers. They learn from all the adults in their emotional, geographic, and family communities. They also learn from the wider community...from celebrities and national figures. 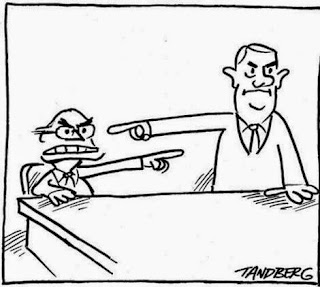 President Trump is teaching our children.

After detailing a story of an argument between two children and their teacher's intervention...


Mr. Smith, their teacher, ran down the aisle of the bus and separated the two boys and began to talk to them.

Mr. Smith: I don’t care whose turn it is to sit in the back of the bus. There’s something more important going on here. Pete, you’ve lost your chance for the seat. What’s important here is how you are treating someone else in the class. Calling someone names is always wrong. And it’s always wrong to threaten people because they don’t agree with you. Who would do that? What kind of a grown-up will you be if you call people names and bully them?

Pete: Who could I be, Mr. Smith? Well, I could be the President of the United States of America, that’s who. He does that. I saw two of his tweets the other day.

The other tweet said: Shifty Adam Schiff is a CORRUPT POLITICIAN, and probably a very sick man. He has not paid the price, yet, for what he has done to our Country!

If the President of the United States can insult people in Congress and bully the one he’s the most angry at, then why can’t I?

IF CHILDREN LIVE WITH HOSTILITY, THEY LEARN TO FIGHT.

There's no doubt that the atmosphere in the United States today is hostile. Some might rightly argue that it's been hostile since Europeans first landed on these shores more than 500 years ago, however, the level of open hostility, based on fear, has rarely been this intense.

Cronin blames the nation's current president for the hostility. Her story about the fighting boys and their teacher is clear. The President is openly hostile to criticism. He engages in childish, bullying behavior. And unlike previous national leaders, he has not tried to pull the nation together. Rather he's focused on securing his base of supporters by claiming victim status.

The hostility has been growing, and, to be honest, it didn't start with this administration.

What is important is that the President, and others, are teaching our children that problems and conflicts should be dealt with through whining, name-calling, and bullying. 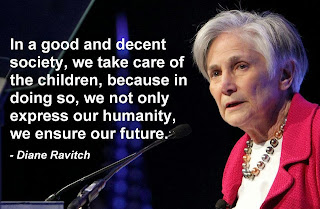 The story in the blog post above is made up, however, it's reflective of real issues facing our children.

Students have used and been subjected to hostile and racist taunts. Anti-Muslim episodes have doubled since 2014. Dozens of students gave the Nazi salute during a photo session. Incidents of general bullying have increased over the last few years with a corresponding increase in cyber-bullying. (See also here, here, and here.)

Our children are expressing the hostility they're living with. As the adults in the nation, it's our responsibility to make sure that our children are raised to be respectful and kind.

We obviously have the greatest impact on the children of our immediate families and communities. We can treat our children and students with respect and kindness, but we have less impact on students around the country.

All the more reason to VOTE in the next election for leaders who will treat others with respect -- starting with the President and at all governmental levels.

What are our children learning?