Make Your Own Light


Research on the effects of the nuclear threat on children is chilling. At the end of the 1950s, 60 percent of American children reported having nightmares about nuclear war. Few other comprehensive surveys were conducted at this time, though studies multiplied in the early 1980s. In the 1960s, 44 percent of children in one survey predicted a serious nuclear incident. By 1979, 70 percent of interviewees the same age felt sure of an attack. Researchers noted that the latter survey respondents seemed more resigned than their 1960s counterparts. A 1984 survey of 1,100 Toronto schoolchildren found that many reported feeling helpless and powerless in the face of nuclear war.

I lived in Chicago during the Cold War years of the 50s and 60s. I lived with the worry that the plane flying over my house was sporting the red star of the Soviet Union. Every time I noticed a plane overhead I would look up and try to identify the markings...to assure myself that this one wasn't the plane that would drop "the bomb" on the city. The fact that I lived on an entrance route to O'Hare Field, at that time the busiest commercial airport in the world, made it just that much more terrifying.

The threat of nuclear war still exists, of course, but today's children and youth have a different existential fear to worry about. 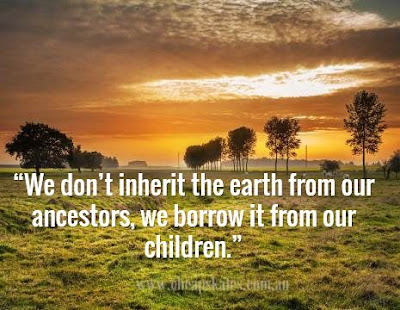 THE DESTRUCTION OF THE EARTH'S ECOSYSTEMS

During the early 2000s, I worked with a gifted first grader. During a parent conference, her mother told me that the child became upset whenever her parents left the radio on. Why?

Her mother said that her daughter's rationale went like this...
An article in the Washington Post earlier this month dealt with the "eco-anxiety" which is traumatizing today's children.

The Environmental Burden of Generation Z


In a Washington Post-Kaiser Family Foundation poll of American teenagers released in September, 57 percent said that climate change made them feel scared and 52 percent said it made them feel angry, both higher rates than among adults. Just 29 percent of teens said they were optimistic.


The American Academy of Pediatrics issued a policy statement in 2015 warning that climate change poses threats to “children’s mental and physical health,” and that “failure to take prompt, substantive action would be an act of injustice to all children.”

Adults interviewed often remarked that the doom-and-gloom surrounding climate change reminded them of the fears they grew up with during the Cold War.

The fact of climate change is something that we need to deal with -- now, rather than later -- but we also need to be aware of the emotional damage that it's is having on our children.  Teachers, especially, should speak frankly with their students about the dangers of a changing climate, but must remember to provide hope so as not to traumatize children.


Although there’s little question that climate change will harm younger generations, there’s considerably more debate about a related concern — that the rhetoric surrounding the issue is equally injurious.

...scientists say that while some warming is baked in, action now could avert the worst consequences. Marvel puts it this way: “There are so many futures between doomed and fine.”

Helping our students understand that we still have time to alleviate some of the effects of climate change will go a long way towards easing their fears. Helping students find ways of participating in solutions is even more important.


Working toward a solution, in fact, is the consensus approach to calming young people’s fears about the future. The key to addressing eco-anxiety at any age, says psychiatrist Haase, is getting “unstuck,” losing that feeling of paralysis in the face of the problem’s magnitude. Haase is a founding member of the Climate Psychiatry Alliance, an ad hoc group that has sprung up to offer patients and doctors advice on discussing climate anxiety. It’s one of a number of such groups that are tackling the growing rate of patients panicked about the state of the world: The Good Grief Network was launched in 2016 to offer group counseling sessions to the climate-anxious.

The emphasis, doctors say, should be on personal responsibility and empowerment. For an overwhelming problem like climate change, being able to take some action — whether eating less meat or switching to an electric vehicle — can help fight paralysis and get patients to recognize that the worst of climate change is not a fait accompli and that some progress can be made... 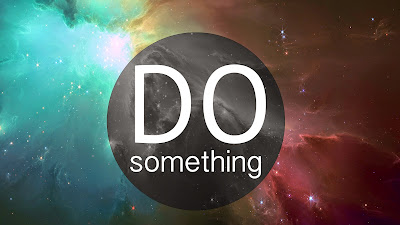 TEACH HER TO MAKE HER OWN LIGHT


As the ones usually tasked with bringing climate change information to their students, teachers are increasingly taking on the weight of the psychological implications. Lisa Balazs, a science teacher at a private school outside Birmingham, Ala., told me she persuaded her school to offer a specialized climate change class last year. She wanted to walk students through the physics and chemistry of the changing climate, but also focus on solutions. “I wanted them to feel like they were empowered in the way you could have an intelligent conversation,” she says. “The scary part is feeling like there’s nothing you individually can do, especially when you look at the government. So turning it around and putting it back in your personal control, this is what you can vote for and work for.”


One day last year, Marvel and her son stepped aboard the shuttle that runs between Grand Central Terminal and Times Square in New York City, and found themselves surrounded by a brilliant, bustling coral reef; the subway car was wrapped in an ad for David Attenborough’s “Our Planet” series. Her little boy was awestruck.

“And I remember thinking, suddenly: This may be the closest thing he ever sees to an actual coral reef,” she says. “I felt a jolt at that.”

But Marvel does not dwell on those sorts of thoughts, and when people ask her, as they often do, whether she is filled with existential dread as a climate scientist and a mother, she tells them emphatically that she is not. Her work has taught her that what matters is what we do right now, and the urgency of that edict leaves no room, no time for despondence.

“I think, when a lot of people talk about climate change and having kids, they’re looking to the future and despairing,” she says. “For me, it makes me look at the present and be incredibly resolved.”

We're here, on the Earth, now. We're going to have to learn to live on a planet that has a changing climate. We must teach our children how to respond to climate change. What matters is what we do right now.


You can’t save humanity by abandoning it, she says, and these sorts of messages are harmful to the children who are already here...

“My entire ancestral line is built on, ‘You have to figure out how to make it work, how to survive, because no one is going to help you,’ ” she says. “I do not want my children operating in fear. I do not want them operating in a mind-set that all hope is lost. That is not my mind-set.”

A rash of violent storms recently swept through their town in Mississippi, and when the house lost power, Toney saw her teenager immediately reach for a flashlight and her smartphone. The storms, Toney says, have become more frequent lately, more severe, and she knows this pattern will worsen in the years ahead. She watched her daughter cradling her phone and thought of what would happen when, eventually, the battery died.
Toney’s response was pragmatic: She would show her daughter where the candles were kept, and teach her to make her own light.

Stay informed about how the climate of the Earth is changing, but also do whatever you can to change things.

January 2020 was hottest on record, while Antarctica is warmer than it's ever been