You may have tangible wealth untold;
Caskets of jewels and coffers of gold.
Richer than I you can never be --
I had a Mother who read to me.

The most important problem facing American children today is poverty. Nearly a quarter of our children live in poverty...one of the highest rates in the developed world. Of the world's "wealthy" nations, only Romania has a (slightly) higher child poverty rate than we do. Where are the "reformers" of the economy? Where are the demands to fire the failing legislators and economists? Instead the "reformers" focus on public sector unions, "bad teachers," so-called "failing" schools, privatization and testing.

The social safety net for children is virtually non-existent in the United States - universal health care, food security, adequate housing, jobs for unemployed parents - other wealthy nations help their children survive by taking care of them. Here, in the richest country in the world, we cut poverty programs, preschool funding, and taxes for the rich.

Blame the parents. Blame the states. Blame the classrooms. Blame the welfare system. Blame the bureaucracy. There's enough blame to go around. The fault is really with a system that rewards wealth with more wealth...rewards policy makers who help the wealthy...and punishes people for being hungry. Meanwhile, almost a fourth of our future is at-risk. Is it short-sightedness or just plain selfishness?


What is the most important problem facing American children today?

According to the Academic Pediatric Association and the American Academy of Pediatrics, it is the effects of poverty on the health and well being of young people. But, they concede, there is no sustained focus on childhood poverty, or a unified pediatric voice speaking on the problem, or a comprehensive approach to solving it.

To try to remedy that, the American Pediatric Association Task Force on Childhood Poverty is beginning a long-term effort to address the problem by looking for solutions that will be effective, sustained and “protected from retrenchment,” according to this brief about the work of the panel.

Children in America are the poorest members of society. One in five children live below the federal poverty line, and almost one in two are poor or near poor, with a disproportionate burden falling on the very young, racial and ethnic minorities, Native Americans and children from immigrant families. The task force plans to pay special attention to helping these groups of children. 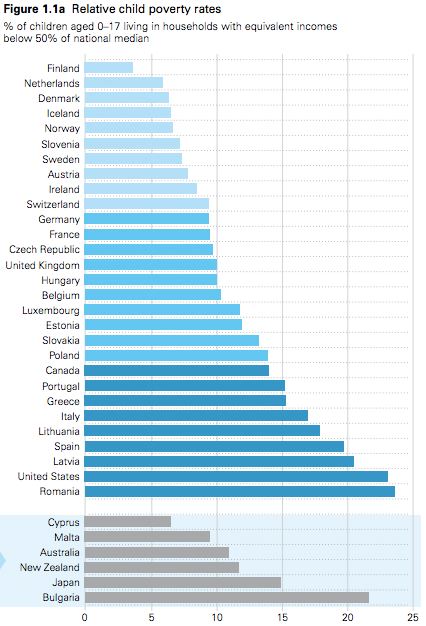 Gov. Snyder: Your Child Can Be Educated For $6K Per Year, But $20K Per Year Not Enough To Educate My Kid

Politicians, pundits and policy-makers are taking care of their own...while trying to justify destroying the public education system which has to accept everyone.


As the debate over deep cuts to the state’s per pupil allowance in education funding continues, Greenhills School in Ann Arbor has released a fundraising video in which school officials say the $20,000 per year tuition per student is not enough to keep the school running.

The video features students and faculty from the school, where Gov. Rick Snyder sends his daughter, reading from a script and saying that money raised from an annual auction was necessary to keep the school going. One student, who is not identified, says, “Tuition alone does not cover the costs of a Greenhills education.” 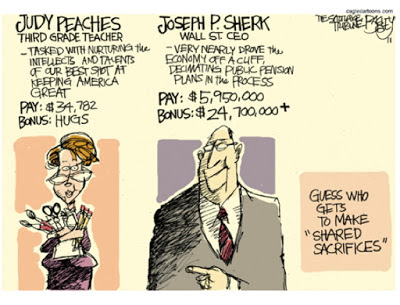 Myths about Public Education in Indiana

"Reformers" are obsessed with fixing a problem that doesn't exist...and ignoring one which does.


MYTH: Public Schools are Failing our children.
FACTS: National Assessment of Education Progress (NAEP) test scores are the highest in the history of the Federal tests. On basic NAEP scores, Indiana has outperformed the nation on all 41 NAEP assessments since 1990. Indiana Graduation Rates are the highest in history. 85.7% graduated in four years or less in the Class of 2012, up from 84.1%, 81.5%, 77.8%, 76.4%, and 76.1% in the last five graduating classes.

MYTH: Poverty does not affect a child's educational performance.
FACTS: Family income is the single most reliable predictor of student test scores. The correlation of poverty and academic achievement is one of the most consistent findings in educational research. ISTEP scores confirm that poverty negatively impacts student achievement and performance.

MYTH: Teachers' unions use tenure to protect poorly performing teachers from dismissal.
FACTS: Teacher in K-12 do not have tenure. They have never had a guaranteed "job for life". Teachers remain subject to the same disciplinary actions as employees in other fields. Teachers did have the right to due process under state law which goverened the dismissal process; however, the legislature changed the law and eliminated due process. Termination of ineffective teachers was and is the responsibility of the school administration. 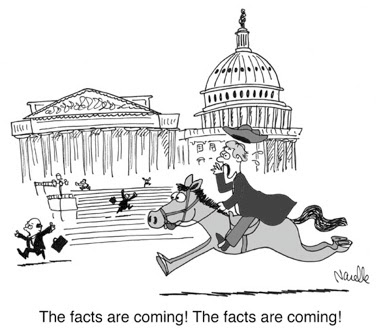 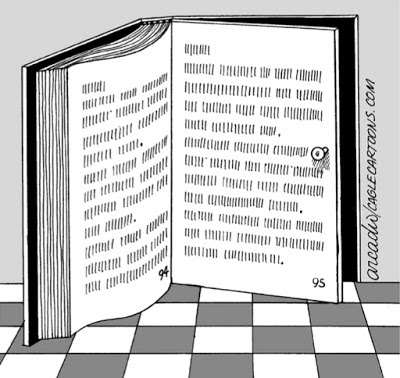 
In 1985, the Commission on Reading's report, Becoming a Nation of Readers, presented among its findings that "the single most important activity for building the knowledge required for eventual success in reading is reading aloud to children." The commission backed up its conclusion with research that indicated reading aloud in the home is an essential contributor to reading success, and that reading aloud in the classroom is "a practice that should continue throughout the grades." 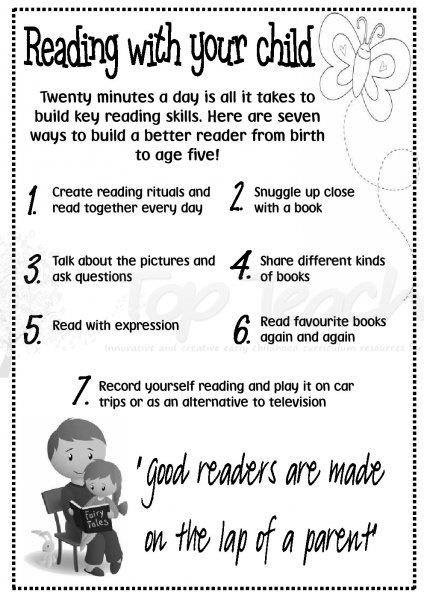