Why do educators quit?


Demoralization is the reason for the lack of job satisfaction. Teachers are told how to teach in a micromanaged system not experienced in any other profession...a system being promoted by people who have little or no expertise in the field of education...a system increasingly funded and controlled by billionaires and "edupreneurs" looking for a way to profit by sucking the money out of the public schools...It's no surprise that morale is low...and teachers, sometimes the best teachers, are leaving.

When I reflect on the teaching I do as a volunteer at a local elementary school, the focus of my thoughts is on what the student needs rather than on "how this will affect his test score" or the overwhelming amount of "data gathering" from the overwhelming number of "assessments." Working teachers don't have this luxury, though. They have to find a balance between what's best for students and what's required by the current obsession with testing. In some places the balance can't be found.

In my last post I included a video by a teacher from the Chicago area who turned in her resignation via YouTube...


Everything I loved about teaching is extinct...I'm being forced to function as a cog in a wheel and this wheel is not turning in the right direction.

What do you do when you can't fight the harm being done to children every day? Teachers know that the overuse and misuse of testing is hurting children. They know that the data-driven insanity in public education is especially damaging to the students who need the most help. Many teachers go into their classroom every day with the expressed purpose of protecting their students from the educational malpractice being foisted upon our public education students by "reformers" and legislatures around the country. For some, however, watching the damage being done is too hard to overcome...knowing what's best for children, and being forced to abandon it, is too difficult.

So some of America's best teachers are quitting.

A teacher explains why she gave up a career she loved

Bill Gates and Michael Bloomberg think that improving education means putting more and more students in a "good teacher's" classroom...as if the number of students in a class didn't matter.

Neither Gates nor Bloomberg have ever had to deal with a class of students...of any size. So they don't know...


My classes were too big. If I work six-hour days with no breaks, it takes 28 days to grade essays for my 159 students. That is for one semester. I am an English teacher. My kids must write. I must grade it. I actually enjoy grading, but 159 is too much, 28 days is too much.

...like it or not — our kids are data points. They are numbers on someone’s spreadsheet.

If doing the job well means working 12-15 hour days and sacrificing one's personal and family life, who is going to pursue a career as a professional educator?

Award-winning Virginia teacher: ‘I can no longer cooperate’ with testing regime

Children learn better when they are interested and engaged. Good teachers engage children in ways that foster...
But too often there isn't time to teach so that children become engaged and interested. Hours and hours of the school year once devoted to reading aloud, exploring children's interests and fostering a desire to learn, are now being used for data collection.


...I have had enough. As a result of the obsessive emphasis on standardized test scores in FCPS and across the educational landscape, I have decided to retire at the end of the current academic year. I have made this decision, because I can no longer cooperate with a testing regime that I believe is suffocating creativity and innovation in the classroom. We are not really educating our students anymore. We are merely teaching them to pass a test. This is wrong.

Teaching facts and passing tests is not education. 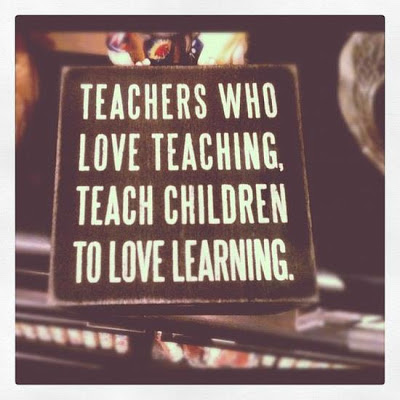 A Principal Retires on Principle

Educators at all levels are finding the national obsession with testing and data, oppressive.

It's not just testing. It's also closing schools, pushing out low performing students, shuffling them around so that test scores are gerrymandered among schools like voters in House Districts, and cheating scandals. The whole foundation upon which public education has been based for the last 20 years, is wrong for students. Principals see it, too.


New York State is directing us to test and test your children, now starting in Kindergarten and continuing every year after. It is excessive. Along with the more frequent testing, the rigors of the New York State assessments have also increased making me quite concerned for our children with special needs and/or high anxiety. In addition, some of the students who typically perform well academically are quite upset because they were not able to finish many of the sections of the tests in the allotted time. The State Education Department is telling us to expect fewer higher end scores on the tests, even with all of the teacher focus on the test and the extensive test prep.

So some of America's best educators are leaving the profession they love.

The students lose out when good teachers end their careers early, and fewer students are going into teaching as a lifelong career.


“This whole thing is being driven by people who know nothing about education,” Conti said today."It's sad."

Conti is concerned about the emphasis being placed on standardized tests and the data they create versus creativity, teacher autonomy and innovation that excites students.

"...After writing all of this I realize that I am not leaving my profession, in truth, it has left me. It no longer exists. I feel as though I have played some game halfway through its fourth quarter, a timeout has been called, my teammates’ hands have all been tied, the goal posts moved, all previously scored points and honors expunged and all of the rules altered."

Some of America's best teachers are quitting. Who will replace them?


~~~
Talk to a veteran public school teacher anywhere in the US and chances are you'll find someone who has thought about quitting. The above examples aren't the only ones...


I’m tired of watching my students produce amazing things, which show their true understanding of 21st century skills, only to see their looks of disappointment when they don’t meet the arbitrary expectations of low-level state and district tests that do not assess their skills.

Why Do Teachers Quit?


Every year there is a crew of new teachers at your child's school, with the ink on their teacher certification still drying. But statistics show that after five years, half of those teachers will be gone—either off to another school or out of the profession altogether.

Why I Quit Teaching


I quit teaching because I was tired of feeling powerless. Tired of watching would-be professionals treated as children, infantilized into silence. Tired of the machine that turns art into artifice for the sake of test scores. Tired of being belittled, disrespected and looked down upon by lawyers, politicians, and decision-makers who see teaching as the province of provincials, the work of housewives that can be done by anyone.

Why one good teacher decided to quit

But it's not just the pay, DeRegnaucourt said, "It's the way we're treated."

Her colleagues have waited until just before school starts to learn what courses they'll be teaching, she said. Uncertainty makes it impossible to prepare...