The nationally syndicated newspaper columnist has a piece on Salon -- New data shows school “reformers” are full of it.


In the great American debate over education, the education and technology corporations, bankrolled politicians and activist-profiteers who collectively comprise the so-called “reform” movement base their arguments on one central premise: that America should expect public schools to produce world-class academic achievement regardless of the negative forces bearing down on a school’s particular students. In recent days, though, the faults in that premise are being exposed by unavoidable reality.

Sirota knows that this isn't new information...I've read his work. Back in 2011 he wrote about poverty and education...


When a person with a horrific wound or longstanding illness shows up to a hospital emergency room, we don’t typically fault the ER doctors for failing to instantly cure the patient. Yet, those who see schools as social emergency rooms somehow expect teachers to be able to immediately cure children of all the wounds and ailments visited upon them by an economically ailing society. This NBER study shows that such an expectation is unrealistic, unfair and — in terms of policy-making — dangerous.

We've actually known this for a couple of years...or earlier...

The late Jerry Bracey wrote in 2007, in Parents, Poverty and Achieving in School


When people have said "poverty is no excuse," my response has been, "Yes, you're right. Poverty is not an excuse. It's a condition. It's like gravity. Gravity affects everything you do on the planet. So does poverty."

In 2006 we read this from the US DOE, National Center for Education Statistics (NCES)...


"The relationship between SES [socioeconomic status] and achievement was consistent across all 20 countries. Students with highest levels of SES, as measured in this study, had an educational advantage over their lowest SES counterparts. This reinforces the associations previously documented in the literature both in the United States and abroad between SES and student educational achievement."

I could keep going of course...since we've known for decades that economic factors have a negative impact on achievement. Anyone who has read the works of Jonathan Kozol -- starting with Death at an Early Age in 1967 -- has been able to follow the relationship between economics (and racism) and achievement.

In 2006 I wrote on these pages about Kozol's then newest book, The Shame of the Nation: The Restoration of Apartheid Schooling in America.


The first appendix shows the per pupil spending in public schools in six metro areas. As you would expect, the spending for rich, white kids is 30-100% more than for poor black kids. This is important information if for no other reason than to answer the people who say "You can't fix schools by throwing money at them." Hey...it works for the rich, white kids.

"Reformers" apparently prefer that we blame the schools...and teachers...and teachers unions...calling for more accountability in teaching and learning. I have yet to hear any teacher or teachers union official suggest that teachers and schools don't need to be held accountable for the education of children, but accountability is a two-way street. Holding teachers and schools accountable means that they must have the supplies, the staff, and the facilities to do what they are called upon to do.


Because America’s schools are so highly segregated by income, race, and ethnicity, problems related to poverty occur simultaneously, with greater frequency, and act cumulatively in schools serving disadvantaged communities. These schools therefore face significantly greater challenges than schools serving wealthier children, and their limited resources are often overwhelmed. Efforts to improve educational outcomes in these schools, attempting to drive change through test-based accountability, are thus unlikely to succeed unless accompanied by policies to address the OSFs that negatively affect large numbers of our nations’ students. Poverty limits student potential; inputs to schools affect outputs from them.

Therefore, it is recommended that efforts be made to: 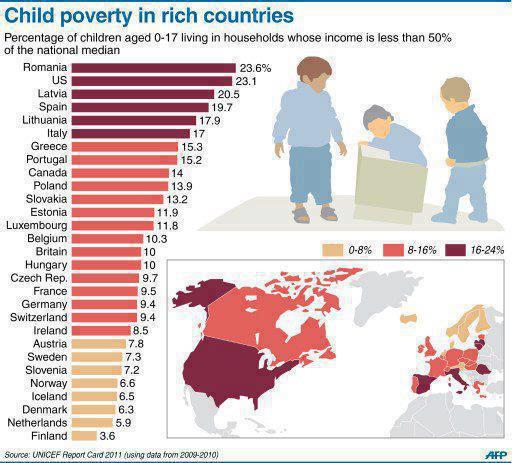