How can you learn another language? Talk to native speakers. A language school in Brazil partnered with a retirement home in Chicago and now their young students are communicating with elderly Americans in order to improve their English.

Not only are these students learning a language, but they're building relationships, an important part of the learning process. This is a beautiful story.
(h/t Janet)


An advert for CNA language school’s ‘Speaking Exchange’ shows examples of the unlikely friendships between young Brazilians and senior Americans, many of whom live lonely lives in retirement homes.

Students are paired up with elderly residents of the Windsor Park Retirement Community in Chicago.

They then have conversations via webcam about their lives, families and future hopes, developing strong bonds in the process.

THE NEED FOR NEIGHBORHOOD SCHOOLS

Government To Public Schools: You Can’t Keep Undocumented Immigrants Out Of School

In the article Arne Duncan is quoted as saying...


Secretary Arne Duncan added, “The message here is clear: let all children who live in your district enroll in your public schools.”


The neighborhood school is the place where parents meet to share concerns about their children and the place where they learn the practice of democracy. They create a sense of community among strangers. As we lose neighborhood public schools, we lose the one local institution where people congregate and mobilize to solve local problems, where individuals learn to speak up and debate and engage in democratic give-and-take with their neighbors.

This president frequently contradicts himself on education policy. As a candidate he told teachers that they didn't devote their lives to testing, they devoted their lives to teaching (see the quote and link at the top of this page). In 2011 he said that he never wanted to see "schools that are just teaching the test because then you're not learning about the world."

He did it again this year at the ceremony honoring the National Teacher of the Year.

So why does he continue to allow Arne Duncan to force an insane obsession with standardized test scores on the nation's schools?

Is it possible that President Obama is unaware of his own education department's policies?


"Students know that what teachers give them stays with them for a lifetime," the president said. He noted that great teachers take on the role of counselor, that they become the inspiration for their students to do big things, and that they do more than "going through the motions of teaching to the test."

That "teaching to the test" line, and similar statements, have made their way into the president's remarks before. In this year's State of the Union address, for instance, Obama called for "better support for teachers and new ways to measure how well our kids think, not how well they can fill in a bubble on a test."

But while the president may have a view of teaching that involves more than test results, his administration's policies have arguably failed to focus attention beyond that aspect. 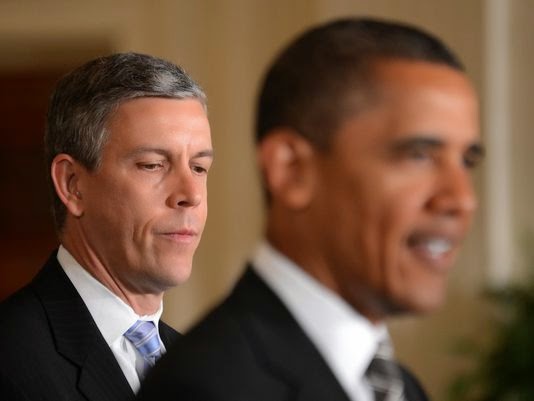 Diane Ravitch defends Louis C.K., takes down silly Newsweek piece: “Your belief … has no research to support it, nor is there any real-world evidence”

Comedian Louis C.K. took shots at the Common Core earlier this month and was criticized in Newseek. The author of the article in Newsweek claimed that teachers were afraid of the common core because we don't want to be "accountable." Nonsense. Teachers are more than willing to be accountable, if the measurements are valid.


...educators oppose the Common Core because they fear they “will be judged (and fired) if their students don’t perform adequately on the more difficult standardized tests that are a crucial component of Common Core.” Here is where Alexander betrays an ignorance of research and evidence. Surely he should know that theAmerican Statistical Association issued a report a few weeks ago warning that “value-added-measurement” (that is, judging teachers by the scores of their students) is fraught with error, inaccurate, and unstable. The ratings may change if a different test is used, for example. The ASA report said:

Most VAM studies find that teachers account for about 1% to 14% of the variability in test scores, and that the majority of opportunities for quality improvement are found in the system-level conditions. Ranking teachers by their VAM scores can have unintended consequences that reduce quality.

Indiana lost big in this year's primary elections when the legislature's anti-public school champion won his primary fight. It's discouraging...but he *got money from the school choice lobby...as well as the support of the state Republican leaders so it wasn't likely that he would lose in a low turnout election.


The world of education right now is suffering under people who are looking to make money off of our children – charter schools, schools that take vouchers, public schools, and private schools are all in the mix as testing companies, textbook companies, for profit charters, and many others who see education as an industry, are looking for a dollar to be had rather than being truly focused on the well-being of our children. Until society realizes this and understands that many politicians are friends with the money makers, this is where we are in education and politics. When non-educators, people who have never step foot in the classroom as the role of a teacher, think they know what is best for our children and make sweeping policy changes like the implementation of Common Core, our children’s education will not be as strong as it could. There are so many in this district I respect, admire, learn from, and trust; but their voices and the voices of teachers around the nation are not heard. These teachers, every day, come to schools giving their best to the youngest in our community. It is an act of faith, courage, and love.

Romano: Voucher expansion doubles down on separate but unequal schools

In Florida things are getting worse...


Students, teachers and administrators are seemingly held captive by standardized tests in public schools, and yet tax revenues flow into private schools with few checks and balances and virtually no oversight.

...You cannot have over-the-top dependency on standardized tests in public schools, and under-the-rug disregard when it comes to private schools. Not if you plan on funneling more and more taxpayer funds toward those private schools.

Look at it this way:

Florida has micromanaged public education to the point of absurdity. The state's entire educational experience, including curriculum, revolves around the results of a handful of standardized tests that are far from infallible. These exams are so danged important, legislators even insist that profoundly disabled children are not always exempt.

This testing devotion is so disheartening to so many parents, they are seeking any type of alternative for their child's education.

That plays right into the Jeb Bush-mindset...

A Primer for Engaging Teach For America Supporters

Here's how to respond to TFA supporters and the billionaires who are backing them.

Teach For America’s role in this privatization agenda is by providing corps members to teach at the newly opened charter schools for wages that are often well below the first-year salary of local public school teachers. Recent documents revealed that many charter school management organizations are so dependent on Teach For America to provide them cheap labor that charter managers are reluctant to open new schools without Teach For America. 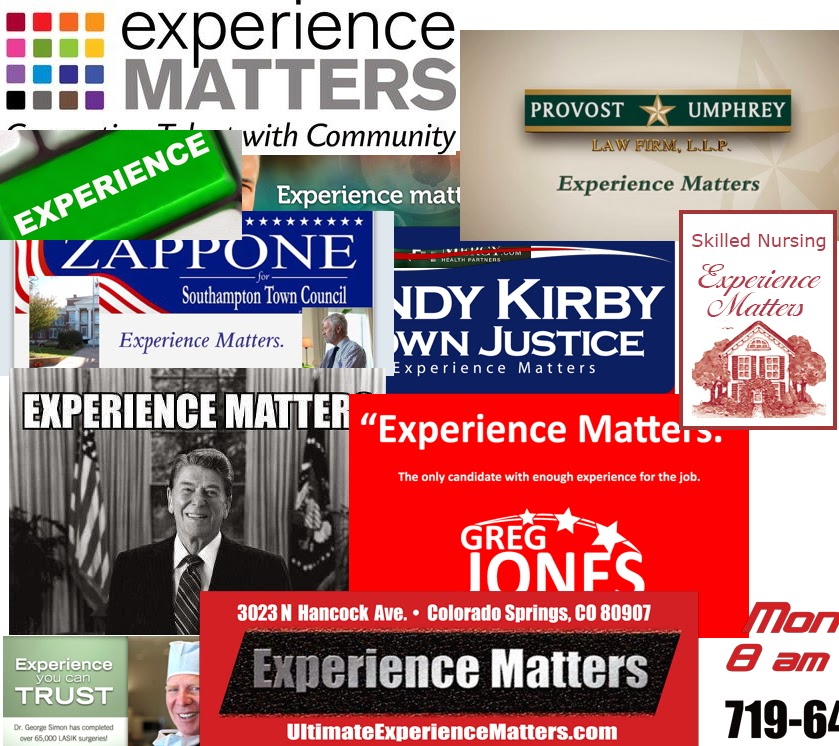 
Experienced teachers make a difference in student performance, but their experience matters most if they have continued to teach the same grade, according to a new study by a University of Illinois at Chicago researcher.

Students whose teachers have not switched grades show greater improvement in test scores than students in similar classrooms with equally experienced teachers who switched grades frequently. The study is published in the April print edition and online in the American Economic Journal: Applied Economics.