The Indiana State Board of Education has a plan, approved by a 6-5 vote, to allow non-credentialed college graduates to teach in public school classrooms. The Career Specialist Permit will provide pedagogical training on-the-job.

SUCCESSFUL COUNTRIES DO IT RIGHT

Education Reform Has Failed; Here Are Four Lessons From Abroad to Make It Succeed

In successful countries teachers are not trained on-the-job for teaching. They are experts in pedagogy first...before they're allowed to enter the classroom. The Indiana State Board of Education is attempting to reduce the qualifications for becoming a teacher in Indiana. A slim majority of school board members favor allowing anyone with a college degree to teach. This is not education "reform." It's an ignorant attempt to destroy the teaching profession.


...in Finland, primary teachers are required to both major in education and minor in two subjects taught in primary education. Primary education is usually considered grades one through eight, depending on the country. Upper-level teachers are required to major in the subject they will teach. If a person has a master's degree in a specific subject only, the person must get a master's degree in education before teaching. All teachers spend significant time studying pedagogy, the art and science of teaching. [emphasis added]

One of Indiana's school board members claims that, while the new rule would allow schools to hire people with no teaching credentials, no one is being forced to. He claims that the outcry about the new rule has been "overstated" and "the sky is not falling." Blogger Steve Hinnefield comments...


...“will not cause the sky to fall” doesn’t seem like the strongest argument for pushing through a policy with near-unanimous opposition from educators and public-school advocates.

JUSTIFICATION FOR UNTRAINED (AKA LOW-COST, AKA NON-UNION) TEACHERS

by Mark D. Naison in the Foreword to Doing The Right Thing By David Greene

While attorneys like Gordon Hendry (the Indiana State Board of Education member quoted above) would never think of allowing "anyone with a college degree" to practice law, they have no qualms about lowering the qualifications for public school teachers. Why?

- maybe because it's legal for private schools receiving public money in the form of vouchers to hire unqualified people to teach.

- maybe because it will give Teach For America temps legal standing to be in a classroom with inadequate training.


You would think, given the difficulty of the task that teachers confront--the incredibly long hours they spend preparing lessons and grading assignments, as well as the tremendous time and expense they put into decorating their classrooms--that teachers would be revered and respected by the American public. But, in fact, the opposite is true. Americans--more than any people in the world--seem to resent and even hate teachers!

How else to explain the propensity of people on all sides of the political spectrum who blame teachers for the persistence of poverty in the United States, for the failure of the United States to be economically competitive with other nations, and for disappointing test scores and graduation rates among racial minorities? We have the spectacle of the president of the United States praising the mass firing of teachers in a working-class town in Rhode Island where test scores were low; a school chancellor in the nation’s largest city demanding the publication of confidential--and often misleading--teacher-rating data in the press;and a mass-market film about the power of teachers, which focuses exclusively on privately funded charter schools, conveniently leaving out the thousands of dedicated, often brilliant, public school teachers working in the nation’s high-poverty districts.

I would like to see how well Secretary of Education Arne Duncan or New York City Schools Chancellor Dennis Walcott would do prepping students for tests if they taught in a Bronx middle school or high school where half the students are on the verge of dropping out because of family pressures or problems reading and writing in English. The teachers who come to these schools and give students love as well as instruction are not cynically collecting their paychecks; they are taking responsibility for all the problems our society has neglected and for the family and community services it fails to provide.

HENDRY GOT IT RIGHT...


...BUT DIDN'T KNOW IT
Union calls on state board to drop teacher licensure plan

What Gordon Hendry seems to have missed is that he, and the "young law students" he referred to below, were attending law school at the time that they "completed legal work" or "wrote [a] legal brief." That's very different from someone who has never learned anything about teaching coming in and taking over a classroom. In fact, it's exactly like students who are in teacher preparation programs and studying to be educators working as interns in classrooms under the direction of professional educators!

"On-the-job-training" for a profession doesn't mean dropping someone with no experience into the real world of an unknown field. It means taking someone who is "in-training" and giving them realtime experience. The students Mr. Hendry referred to were not untrained in the law. They were current law students working under the direction of professionals.


Board member Gordon Hendry compared the process a new teacher would follow under the career specialist license to the work of young law students, who often deal with clients and complete legal work before passing the state bar exam under supervision from experienced lawyers.

Hendry, himself, wrote legal brief that was submitted to an appellate court as part of an active case when he was a law student. 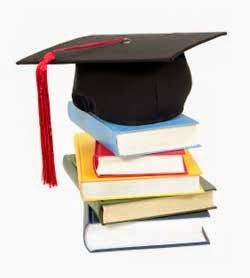 Teachers who are trained as teachers are better for our students.


It turns out that when you compare apples to apples -- that is, similar student populations -- public schools actually are outperforming private schools (Lubienski and Lubienski, 2013). This might be because private school teachers tend to have fewer credentials and to cling to traditional teaching styles, such as lecturing while students sit in rows and take notes. Public school teachers, by contrast, are much more likely to be certified, to hold higher degrees, and to embrace research-based innovations in curriculum and pedagogy (Lubienski and Lubienski, 2013). Perhaps for reasons like these, results from Ohio and Wisconsin show that students who used vouchers to attend private schools did no better academically than comparable students who remained in public schools (Richards, 2010; Witte, Sterr and Thorn, 1995). A long list of studies also has demonstrated that public schools perform on par with or better than charter schools, despite the fact that public schools serve a larger percentage of students who are harder to teach because of disabilities, English language learning needs, or behavior and other challenges (see Myths 3 and 4). Once again, this may be linked to the comparatively weak credentials of charter school teachers and administrators.

Teachers should be qualified to teach the day they enter the classroom on their own. Students shouldn't have to wait until on-the-job training kicks in before they start their school year.

Indiana citizens should write to the members of the BOE and urge that they reverse this rule.