Tenure - Speaking Up for Students

There's more to being a teacher than just getting kids to pass "the test."


Due process rights are important because they allow us to stand up for our students, through giving voice in supporting and protecting them. With due process, teachers can stand up for the student who we think may be unfairly suspended, especially when a parent is not available to defend the child. We can fight against rescinding support services of a special needs child because those services are too costly. Many times, parents may not be able attend their child’s CSE/IEP meeting. The only one in the room advocating for that child may well be the teacher.

My 8th year of teaching was the 1983-84 school year. I taught "Reading Readiness." For those who don't remember it, "Reading Readiness" was a class for students who finished kindergarten but were not ready for first grade. It was, in essence, a second year of kindergarten. Let me be clear...I don't believe that grade retention, in any form, has been shown to be an effective remediation technique. Studies have shown that retention, even in the earliest elementary grades, usually doesn't work and often harmful. However, in 1983 I didn't know what I know now.

In any case, I taught a modified first grade curriculum, and tried to fill in the gaps of learning the students missed the previous year.

With the recent national discussions over teacher tenure an incident that happened during this year came back to me.

When I began my career it took 5 years of positive evaluations before a teacher was granted "permanent status." That meant that I had to be evaluated in each of my first 5 years. At any time during those years I could have been fired...for any reason. At the beginning of my 6th year I was given permanent status. This meant that, if an administrator wanted to fire me I was entitled to a hearing. It didn't mean that I couldn't be fired. It just meant (the same as it means today) that there had to be a legitimate reason for my firing...a reason supported by data presented by the administration. And I had the right to respond. That's what tenure meant then. That's what it means now for K-12 teachers.

At this time in our history, the school system did not have fully mainstreamed special education. We had two elementary special education classrooms for a system with 11 elementary schools. The "primary class" was for students in grades Kindergarten through 3, and the "intermediate class" was for students in grades 4 through 6. The year that Bobby entered my class the system had about a dozen identified elementary aged special education students. The youngest of those, aside from Bobby, was a fourth grader. My classroom was chosen as an alternative because I taught a flexible curriculum and the children in my class were Bobby's age-peers. Alternatively he would have had to have been either alone in a classroom, returned to the preschool with much younger students, or in the designated special education classrooms with much older students. At least, that was my understanding at the time.

In short, we were understaffed and our special needs students were underserved.

During the IEP meeting for Bobby at the beginning of the year, our Director of Special Education, Mrs. Jones (not her real name), indicated that my class was the best place for Bobby's placement. Under the circumstances, this was likely true, though with an important qualification which I spoke aloud.

I was a young teacher. I had only taught for 7 and a half years (counting the half a year I spent in another school system). I had had very little (if any) training in special education. When Mrs. Jones said that my class was the "best place for Bobby" I interrupted and said,


"My classroom is the best place that we have available for Bobby."

After the parent left, Mrs. Jones got in my face and scolded me. She growled,


"You could have gotten us sued!"

I was surprised and backed away. She could see that I didn't know what she was talking about.


"What you said about your class not being the best place for him! They could sue us for that!"

My first thought, though I didn't say it, was that "maybe we ought to be sued." Bobby was not in the best placement for him...if only for the fact that the "teacher of record," the special education teacher who was in charge of his education, never appeared in my classroom that year. We had no contact, no collaboration, and I was given absolutely no help or direction...but I didn't know all that yet. At the very least, what I said was true. My class was the best place we had available. That it wasn't the best possible place for him, and therefore just the best place we had available, was, in my opinion, obvious.

She continued her scolding,


"You need to be an advocate for our school system!"

This incident took place over 30 years ago, so I'm not sure how I really responded. I might have just wished I had said what follows...in any case, in real life, or in my mind, I said,

Looking back 31 years later, I understand why Bobby was placed in my classroom. Back then special education was still struggling to move into general education classrooms. The "least restrictive environment" concept was interpreted as "a separate classroom." Learning disabled students weren't identified because we didn't have enough money to hire qualified staff. Mrs. Jones, I ought to add, was instrumental in bringing our school system's special education program into federal compliance. She cared about the students she advocated for. Notwithstanding this incident, she worked hard to get them into appropriate placements, and she pushed for, and got, increased funding for special education.

However, those improvements were still years away. I knew at the time that I wasn't prepared professionally to be responsible for the education of a 6 year old special education student. In my opinion, the school system, instead of providing an "appropriate" education for Bobby, used my classroom as a "dumping ground" because the alternative was worse. As a classroom teacher, focused on what was best for my students, I knew that Bobby's placement in my classroom was not in his best interest, even though it might have been the best that we had.

In the final analysis Mrs. Jones was correct that we could have been sued because of what I said. But whether I was right or wrong, if this incident had taken place within my first 5 years I could have been fired on the spot...told to gather my belongings and leave. If there had been no union/school system contract, no legal protection of due process, I likely would have been fired. I doubt that my principal that year would have stood up for me. This was, as it turned out, not the only noise I made that year advocating for my students...

However, since I was a teacher with permanent status, I was free to speak openly about what I thought was best for my students. I was free to defend them...to be their voice.

Indiana doesn't offer its teachers that protection any longer. School "reform" helped along by the legislature, has removed the legal right to due process for teachers. Now, if a teacher speaks up on behalf of what she feels is best for her students, the school system is free to fire her. 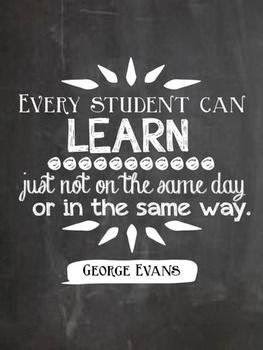