Two candidates spoke. There were some policies discussed, but mostly it was "Yes you are," "No, I'm not!" and "I know you are, but what am I?" back and forth with two, and sometimes three people talking over each other. Those listeners who had made up their minds weren't convinced to change. "He's a bigot, a misogynist, and unqualified." "She's a criminal and in the pocket of Wall Street." Nothing was said to change anyone's mind or give any beneficial information.

I didn't watch the debate last night. But I bet my description above is still accurate.

I admit that I'm a (nearly) single-issue voter. Public Education.

Before I vote for anyone I ask, "How will this candidate help public education in the nation (or state, or city, or county)?"

Of course there are other issues that are important, like which candidate will actually accept the reality of the Earth's climate (and do something about it)? Or which one blows his dog whistle so that white supremacists and anti-semites know that he will normalize their bigoted views? Or which one will hand over our economy to people who already have so much money that they could spend a million dollars a day for the next 20 years and still have more than I made in four decades of work in public education?

Those things matter, and they also come into my decision about who to vote for, but public education means the most to me. I've spent sixty of my sixty-eight years as either a student, a teacher, or a volunteer in a public school. It just makes sense that it means a lot to me. It makes sense for me to focus on the issue of which candidate will protect and improve the education of 90% of America's children. I figure that, if we do a good job of educating the majority of our nation's children, then we'll be building an educated citizenry who will make good decisions in the future.

[No, I don't want to get into a discussion about which issues are most important. There are so many important issues and all of us feel like "our issue" is the most important one of all. In my opinion, it's better to focus on one of them and do the best we can, than try to attack all of them and end up completely ineffective at any of them. Like John Lennon said, "we all doin' what we can."] 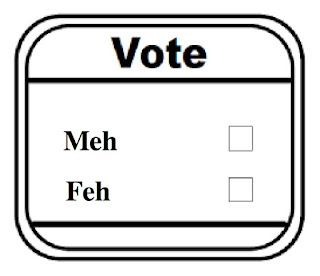 THIS IS THE BEST WE CAN COME UP WITH?

I'm not really excited about any of the candidates...at least not like I was about candidates in the 1960s. Maybe it's just my age. After decades of either "Meh!" or "Feh!" a certain amount of cynicism is to be expected.

And "Meh!" vs. "Feh!" is what we have this year, too. Neither of the two major candidates meet my criteria as a pro-public education candidate. There's a difference between them of course. One of them pledged to spend billions on a voucher plan. He supports unregulated charter school growth, and wants teachers to be armed in their classrooms. The other supports "non-profit" charter schools, but apparently doesn't understand that most of those still make a profit by manipulating the system. She is also suspiciously beholden to corporate interests who have brought us almost two decades of "reform" with its false "accountability" and false promises.

What about testing? The Republicans are all for it. More accountability!

The Democrats are against "too much testing." They even have it in their platform. Still, President Obama said that we shouldn't waste so much time testing our students...yet doubled down on high stakes testing. Why should I expect that this Democrat will be any different? Fool me once, shame on you...

Both of the major party candidates sent their children to private schools which were untouched by No Child Left Behind and Race to the Top. All their policies are for "other people's children."

The two main third party candidates aren't much better. One of them is a doctor who has pandered to the anti-vaccine movement, and the other is for vouchers and "school choice." I agree with one of their education platforms, but I'm one who believes that, if I'm going to vote, I want to vote for someone with a chance of winning...but that's just me. So I'm back trying to choose between the two major party candidates.

As someone quoted in John Oliver's piece on Third Party Candidates said,

This election season is possibly the most immature...the most disruptive...the most vicious...the most unpleasant since Thomas Jefferson and John Adams slandered and insulted each other during the campaign of 1800. I have had third graders who argued with greater maturity than the current candidates in the debates, at rallies, and on the evening news.

People of good will can disagree on the issues. Unfortunately, this year's election cycle, and our politics in general, has been poisoned by ill will.

I'm done with it all. I've made my choices for national, state, and local elections. I've decided who to vote for even though I disagree with some of their policies.

Between now and the end of October (or possibly the beginning of November) I'm going to spend my time watching baseball and cheering for my Cubs – for as long as their season lasts. 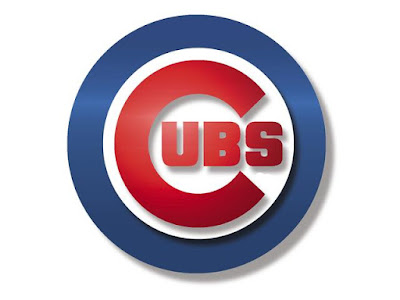 When I'm not watching baseball I'm going to read some children's books...the content will be more mature than the political discussion going on around me.

Let me know when it's over.