Now is a Good Time to Learn From History

Americans today are no wiser than the Europeans who saw democracy yield to fascism, Nazism, or communism in the twentieth century. Our one advantage is that we might learn from their experience. Now is a good time to do so.

Timothy Snyder's new book, On Tyranny: Twenty Lessons from the Twentieth Century tells us that history does not repeat, but it does instruct, invoking half of Santayana's warning – that we would do well to learn from history.

Snyder's twenty "lessons" relate to the Nazis in Europe during the 1930s and 40s, the Soviets throughout most of the 20th century, and America in 2017. The two former are the examples of tyranny from which we must learn. If we don't, we risk following them down the road to fascist self-destruction.

IT CAN HAPPEN HERE

In both Nazi Germany and Soviet Russia, tyranny succeeded because "average" people easily slipped into the role of oppressor in order to support the national tyranny. Austrians who were not Nazis in 1938 looked on in amusement as Austrian Nazis forced Jews to


scrub the streets to remove symbols of independent Austria.


On February 2, 1933, for example, a leading newspaper for German Jews published an editorial expressing this mislaid trust:


We do not subscribe to the view that Mr. Hitler and his friends, now finally in possession of the power they have so long desired, will implement the proposals circulating in [Nazi newspapers]; they will not suddenly deprive German Jews of their constitutional rights, nor enclose them in ghettos, nor subject them to the jealous and murderous impulses of the mob. They cannot do this because a number of crucial factors hold powers in check...

The Checks and Balances of society would hold them back, the editorialist believed, but that didn't happen. 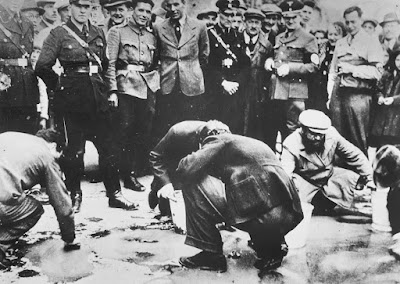 The death of truth...Lesson Ten teaches a subject with obvious parallels to today's tweets and news reports.


...the open hostility to verifiable reality, which takes the form of presenting inventions and lies as if they were facts.

Sound familiar? Just think about one and a half million attendees at the inauguration, the largest electoral victory since Ronald Reagan, the highest homicide rate in 47 years, the Bowling Green massacre, the terrorists in Sweden, and so on. Falsehoods abound in the attempt to create a fictional world.


The next mode is magical thinking, or the open embrace of contradiction.

How is the President able to reconcile the promise of lower taxes for everyone, increased health coverage in which everyone will be taken care of, and increased spending on social programs as well as national defense? Where will the money come from? As we've seen with the recent budget, the promises based on magical thinking had to be altered.


The final mode is misplaced faith. It involves the sort of self-deifying claims the president made when he said that “I alone can solve it” or “I am your voice.” When faith descends from heaven to earth in this way, no room remains for the small truths of our individual discernment and experience. 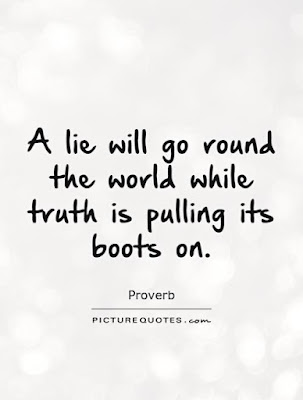 CLEAN UP THE INTERNET

Snyder urges us to learn the truth for ourselves, to recognize propaganda, and be responsible not to pass it on through social media, to our friends and neighbors.


It is your ability to discern facts that makes you an individual, and our collective trust in common knowledge that makes us a society. The individual who investigates is also the citizen who builds. The leader who dislikes the investigators is a potential tyrant.

Promoting propaganda harms all of us.


...although we may not see the other person in front of his or her computer, we have our share of responsibility for what he or she is reading there. If we can avoid doing violence to the minds of unseen others on the internet, others will learn to do the same. And then perhaps our internet traffic will cease to look like one great, bloody accident.

Finally, patriotism is not the same as nationalism.

It is not patriotic to call upon Russia to intervene in an American presidential election...It is not patriotic to appoint as secretary of state an oilman with Russian financial interests who is the director of a Russian-American energy company and has received the “Order of Friendship” from Putin.

The point is not that Russia and America must be enemies. The point is that patriotism involves serving your own country.

The president is a nationalist, which is not at all the same thing as a patriot. A nationalist encourages us to be our worst, and then tells us that we are the best...

A patriot, by contrast, wants the nation to live up to its ideals...

Living up to the Enlightenment ideals of the Founders has been a difficulty for the United States since its beginning. "All men are created equal..." was tainted from the first moment of the Republic by the "three-fifths clause" and "manifest destiny." The founders themselves had trouble living up to the ideals enshrined in the Declaration and Constitution (ten of the first twelve U.S. presidents owned slaves -John and John Quincy Adams were the exceptions). We're still working on giving every American full citizenship. We're still working on ways to "promote the general welfare."

America is a work in progress and the ideal should be to follow the lead of the nineteenth century Senator from Missouri, Carl Schurz who said,


My country, right or wrong; if right, to be kept right; and if wrong, to be set right.

Our goal should be to "set right" the country. 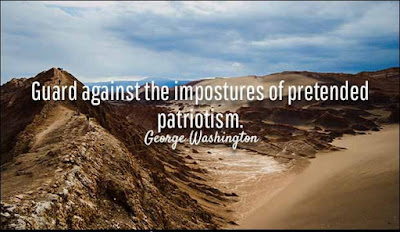 THE ONLY THING WE HAVE TO FEAR

In an interview with Steven Rosenfeld on Bill Moyers and Co., Snyder compares the President's
attacks against Muslims to the Nazi anti-semitism of the 30s.

Fear is the catalyst that changes freedom to tyranny, and right now, a lot of Americans are fearful.