Russ Walsh looks at two recent studies of preschool instruction, one focusing on academics in preschools, the other on social and emotional learning. The unsurprising results of the research? Developmentally appropriate instruction. [emphasis added]


"In order to ensure that our pre-schools are finding the right balance between academics and play, we need to be sure that we are employing the best teachers available and we need to make sure that these teachers are getting the finest, best informed professional development possible. No program, no research, no policy can come close to matching what the well-informed, well-prepared teacher can provide for children in the classroom.We cannot do pre-school on the cheap just because the children are small. We cannot run pre-school, as is often the case now, with poorly trained, poorly compensated para-professionals. The answer, ultimately, is not in the false dichotomy between academics and play, but in the will of our policy makers to make sure that every child has access to teachers who are prepared to do the job well and who are compensated appropriately for it. 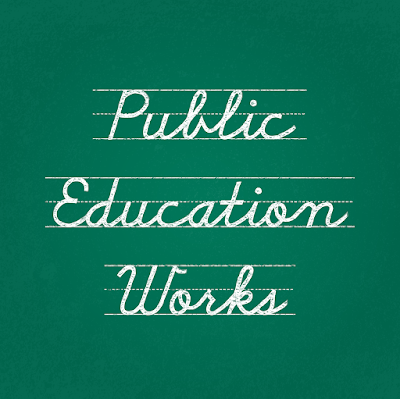 AMERICA'S SCHOOLS ARE NOT FAILING

The purported failure of America’s schools, and ways to make them better by David C. Berliner

I posted twice in the last couple of months about the lie promoted by politicians, privatizers, and "reformers" which claims that America's schools are "failing."
David C. Berliner, Education Professor Emeritus at Arizona State University, writes that real improvement will cost money. He wrote, paraphrasing Dewey –“What the best and wisest (among the wealthiest) parents want for their children, that must we want for all the children of the community. Anything less is unlovely, and left unchecked, destroys our democracy.” [emphasis added]


...“fixing” the schools, about which so many of our editorialists and political leaders talk, needs deeper thinking than a knee-jerk reaction to our mean score on any international test. That mean score hides the diversity of our scores by social class and housing tract, and easily misleads us about what solutions might exist. When our leaders say teachers are not good, we need to point out to them how well some of our students are doing, and that a recent Mathematica report for the U.S. Department of Education states that the quality of teachers working in low-income schools is about the same as the quality of teachers working in high income schools. So blaming teachers won’t fix schools that need fixing! 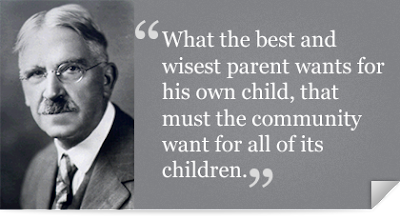 A PLACE TO VENT

During the second half of my teaching career one of my roles was that of (co-) test coordinator for my school. It didn't take long for me to realize that classroom teachers were being forced to spend more and more time "teaching to the test," a practice which had previously been avoided.

Each year more tests were added, taking up more and more instructional time, with less and less diagnostic information returned to the teachers. Each year it took longer and longer for the information to be returned to the classroom so that, by the time the results came back, the students had moved on.

In 2006 I decided that I needed a place to vent, so I started this blog.

If I were a better writer I could have written this post by Peter Greene.


My colleagues at school were, by and large, not interested. They complained when we were gored by the tip of the iceberg that passed by us, but they had no particular interest in finding out what the tip was attached to, or how big and wide the iceberg really was. And I was turning into the staff crank. So I turned to the outlet that has always served me in the past-- writing-- and for a number of reasons (mostly admiration of the bloggers already out there) I turned to blogging.

It did not occur to me that anybody would read my stuff. My goal was to vent, to rail about policies and articles that struck me as foolish, destructive, blind, ignorant.

From Dave Reay, chair in Carbon Management and Education at the University of Edinburgh


“The United States will come to rue this day,” said Dave Reay, chair in Carbon Management and Education at the University of Edinburgh, in a statement. “President Trump has argued that his decision puts economic interests first, that it will cut out interference from foreign bureaucrats and help U.S. business. In fact this move puts all business and economic interests at much greater risk. Climate change knows no borders, its impacts are blind to national flags. If global efforts to limit warming fail then we are all in trouble. From climate change, Mr. President, you can run but you can't hide.” 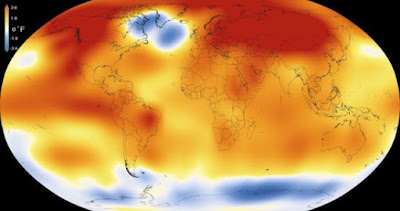 We Aren’t Number One…Not Even Close


It’s enough to make you think American policymakers put a higher priority on the bottom lines of Big Pharma and Big Insurance than they do on the health of average citizens.

But then, what do we expect when we elect people so corrupt and self-serving they don’t even care about the health of the planet their children and grandchildren will inherit? 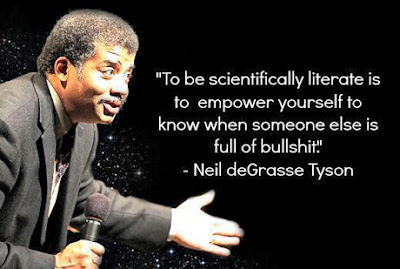 Mike Pence: ‘For Some Reason’ Liberals Care About Climate Change


“For some reason or another, this issue of climate change has emerged as a paramount issue for the left in this country and around the world.”

It seems that Vice President Pence hasn't heard anything about climate change. He doesn't seem to know why it's an issue for "the left," which in this case means anyone who wants to prevent the catastrophic destruction of the earth's ecosystem by global warming. He hasn't heard that, with the rise of greenhouse gasses,
The Vice President has apparently not talked to the Secretary of Defense who believes global warming is a threat to national security...or the former Secretary of the Navy...or the U.S. Army...See also, the planet Venus.

Yet we really shouldn't be surprised. This is the same person who said...


..."2 out of every three smokers does not die from a smoking related illness and 9 out of ten smokers do not contract lung cancer."


"The truth is, [evolution] always was a theory, Mr. Speaker."

A few years ago, when he was in the House of Representatives, Pence was scientifically ignorant about smoking...or maybe he was getting money from the tobacco companies.

His ignorance also showed in his use of the word theory when talking about Evolution. In science, a theory is an explanation of a natural process which encompasses facts, laws, inferences, and hypotheses. Pence, like so many other ignorant creationists, confuses the popular meaning of the word theory with its scientific meaning. For an explanation of why theory is not "just a guess" see, Definitions of Fact, Theory, and Law in Scientific Work. 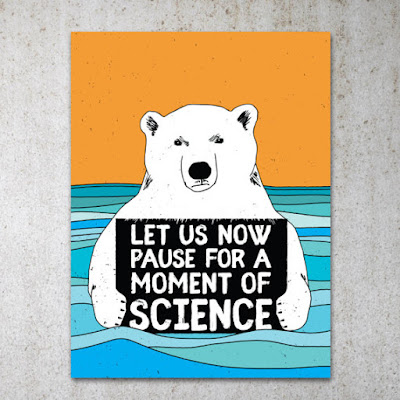