Your School in a Market Economy

In the meantime, school privatization is providing the "disruption" so important to free-market types because schools that close before the school year ends are a feature, not a bug. 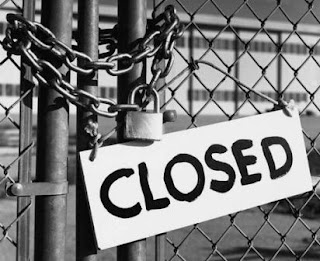 In just one of many daily stories about fraud and corruption in the mostly unregulated charter industry, students in this Michigan town got to school last week to find that their school closed -
just three weeks before the end of the year.


Teachers were seen packing their belongings. They say they will get paid Friday but the school is not able to pay them through August.

Teacher pay is often budgeted throughout the year. A contract is generally for the length of the school year – 9 or 10 months, but the pay is spread out over the entire length of the calendar year. In other words, teachers won't receive the pay for days they have already worked.


Taylor International has been beset by money problems since 2013 and according to Renaissance School Services, the company managed it and things came to a head.

"The board has resigned and we terminated our relationship with the school because we haven't been paid in about six months," said Richard O'Neill, Renaissance School Services.

The school didn't pay the management company, so it was closed down. The bottom line for privately owned and operated schools is profit, not children. Was there any governmental oversight of the taxpayer funds spent for this school? Were the books open to all? Where did the money go? Who got paid? Who didn't?

The resulting "disruption" which free-market "reformers" prize so highly, interferes with learning. School closures can have a negative effect on students.


Ben Kirshner and his colleagues at the University of Colorado at Boulder documented numerous negative effects of school closure, including higher dropout rates, lower achievement, loss of friendships, and weaker emotional ties between students and teachers.


Every teacher knows that children learn best in a stable environment. That is why teachers spend the first several days of school establishing routines and norms for the smooth functioning of the classroom.

The disruption of a school closing gets in the way of that stability.

Public schools – real public schools, not privately owned and publicly funded charter schools - provide stability. They are part of the community and are owned by the community. The focus is on the students, not profit. The bottom line is education, not stock holders.

The free-market means competition and competition means there will be winners and losers. There should be no losers in public education.