A Father's Day Reminder: Read Aloud to Your Children

I read aloud to my students from my very first day as an elementary school teacher beginning in 1976. I had caught the read-aloud bug from the late Lowell Madden, one of my Education School Professors. I had it reinforced by Jim Trelease, whose Read Aloud Handbook is a treasure of information for anyone who is interested in reading aloud to children. [I've referenced Jim Trelease quite a few times on this blog.] 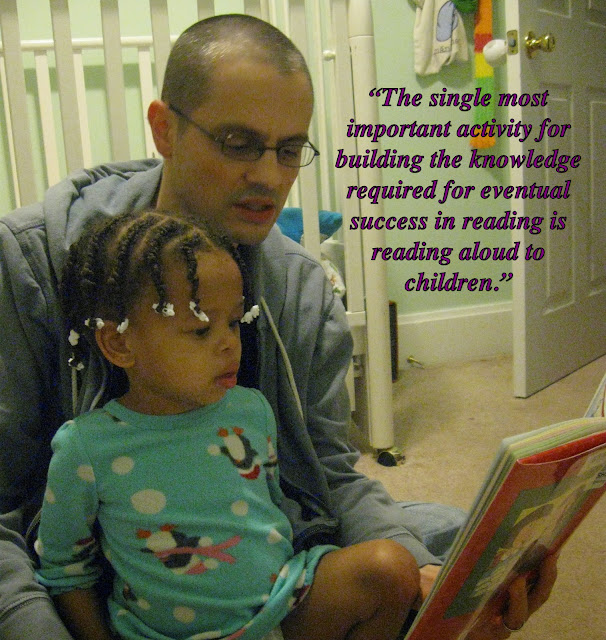 In the latest edition of his book, Trelease devotes an entire chapter to fathers and reading aloud.


(And an excellent pamphlet with important information specifically for dads....Fathers, Sons and Reading)

Boys, Trelease says, need their fathers to read to them. The relationship between fathers and sons has changed over the years, and not necessarily in a good way. Over the last few decades America's "male" culture has been dominated by politics, sports and television, and boys watch their role models carefully. Among those men in important cultural and political positions in America are abusers, racists, and misogynists. It's more important than ever that fathers exert role-model influence over their sons.

"Is there a connection," he asks, between the "decline in boys’ interest and achievement in school and the behavior of the male culture?"

Make a Father's Day resolution. Read to your kids every day.