A decision by the U.S. Education Department will result in thousands of Indiana students' diplomas not being counted in graduation statistics causing dozens of schools to score lower on the A-F Grading System. 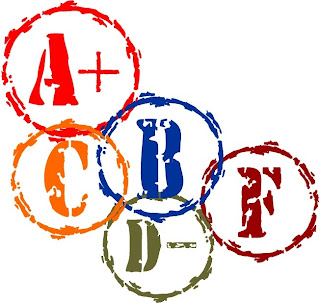 The fact that the USED can, with the backing of the federal ESSA law, lower the value of diplomas and thereby a school's grade without any change in the actual achievement of the students is an indication that there is something wrong here.

The A-F grading system in Indiana has been wrong from day one. It's been riddled with confusion and corruption. The original metrics weren't adequate, said the State Board Of Education, so they "fixed" them. A former State Superintendent, Tony Bennett, manipulated them to increase the scores of favored schools. The mathematical manipulations have done nothing to improve student achievement or give patrons a better understanding of a school's effectiveness. It has simply become a way to label schools and neighborhoods as "failing" (read "poor").

This time, however, it's the USED which is screwing things up.

As has been the case for the last couple of decades, the U.S. (under both Republican and Democratic administrations) seems hell-bent on making it more difficult for teachers and schools to do their jobs, and for students to learn. The only goal seems to be to humiliate students, schools, and neighborhoods where students struggle.


Local schools will see a drop in graduation rates – and related controversial A-F school grades – under a new interpretation by the U.S. Department of Education.

...McCormick lamented that the new Every Student Succeeds Act was supposed to be more flexible yet the feds aren't bending.

She warned that some schools might see their graduation rates drop into the 30 percent to 40 percent level.

...[NACS Superintendent, Chris] Himsel said, “I don't even pay attention to the A to F stuff. It's so not related to what we do for kids it doesn't mean anything anymore.”

While...many have lost confidence in that system it is still reported in the media and can cause harm to districts - especially along borders with competing schools allowing transfer students.

But, of course, we can't let those nasties at the USED damage Indiana's favored private schools. They'll still get public tax money for teaching religious doctrine, fixing church steeples, and expanding parochial school buildings, even if their students don't "measure up."


Four private schools with repeated years of D and F grades from the state will get to accept new voucher students next fall.

The requests take advantage of a new Indiana law passed in April that allows the state board to consider such waivers for private schools that can still show their students have improved academically.

Today, six board members voted in favor of the waivers. Gordon Hendry and Steve Yager were still opposed. State Superintendent Jennifer McCormick, who also voted no last month, was out sick.

[Note: This method of ignoring "failure" for private schools while punishing the same "failure" in public schools is not unique to Indiana or voucher schools. It happens with charter operators, too. For another example, see Philadelphia: KIPP Gets Whatever It Wants, Despite Poor Performance.]

AND THE STATE DOUBLES DOWN

To make a bad situation worse, the State Board of Education (SBOE) has decided that getting the right answer is more important than learning.

In an educationally indefensible reversal, the SBOE has chosen to give more weight to "proficiency" than to "growth" in figuring a school's grade. The discussion was reminiscent of Betsy DeVos's Confirmation Hearing (although at least the members of the SBOE appeared to understand the concepts), and members of the SBOE agreed with board member David Freitas who said that “Proficiency is more important than growth.”

This means that inadequate standardized tests, which are biased, advantage the wealthy, provide minimal feedback to classroom teachers, penalize non-standard thinkers, and use arbitrary, subjectively-set pass-fail cut scores, will become even more important leading to more teaching to the test, focusing on "the bubble-kids," and outright cheating.


Board members Thursday, though, said they think it's more important to know how students are doing on the ultimate goal: performing on grade level.

“Growth, to me, is much less important than proficiency,” said B.J. Watts, a sixth-grade social studies and science teacher in Evansville.

Board members Tony Walker, Byron Ernest and Kathleen Mote said they, too, would like to see more emphasis on achievement. Walker said that if schools receive an A letter grade, the public should be confident they are already high-achieving.

"Right now, you can be on the road to high-performing and get an A," he said.

I challenge those members of the SBOE to define grade level. Anyone who has been teaching for more than a few years has seen the definition of grade level change. What was third grade in 1997 isn't third grade in 2017.

It's perhaps beneficial that expectations for what students can do should rise as humans grow and knowledge increases and changes. However, there is such a thing as "development." Students develop at different rates. Humans are not the same. Using a measurement to help identify a student's strengths and weaknesses is different than using that same measurement to classify a child as "successful" or "failing." 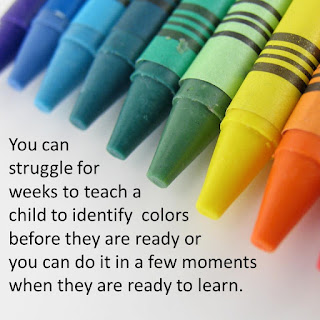 Meeting students where they are, academically and physically, and helping them reach challenging, yet achievable goals, is called Developmentally Appropriate Practice (DAP).


...an approach to teaching grounded in the research on how young children develop and learn and in what is known about effective early education. Its framework is designed to promote young children’s optimal learning and development.

DAP involves teachers meeting young children where they are (by stage of development), both as individuals and as part of a group; and helping each child meet challenging and achievable learning goals.

This applies to older children as well, since the human brain doesn't reach full development until sometime in the 20s.

Punishing students, their teachers, or their schools, for not being "developmentally equal" to others is insane. Stop it!