Standing in Denial, Rising to Power

Is it just ignorance, or the quest for profit, that has made the Trump White House (with help from the Republican Congress) one of the most anti-science administrations ever?

Just this past week, the United States was the only one of the world's 20 wealthiest nations to reject the Paris Climate Accords. Even the worlds largest oil producer, Saudi Arabia, and the world's largest natural gas producer, Russia, supported the Accords.


But at the end of what observers deemed the "G-19 1" summit, the balance of that equation stayed the same. Nineteen of the 20 attendee nations at the annual Group of 20 meeting reaffirmed their commitment to the Paris accord. The United States stood alone in abandoning it. 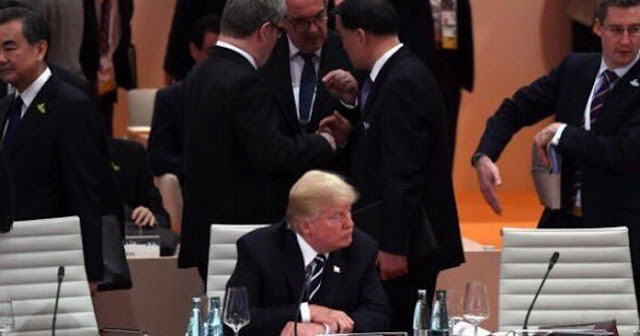 The only other nations who have refused to sign on to the Accords are Nicaragua, because the accords aren't strong enough to fight the danger of climate change, and Syria, which is in the midst of its civil war.

The President, however, has made it clear that he sides with the "science-deniers" and against the rest of the world.

The assault on science is felt in education, too. Aside from the cuts to education programming proposed by the U.S. Education Department under school privatizer, billionaire Betsy DeVos, there is growing antagonism – even more than before – towards those who are educated.

The Pew Research Center recently released results of a survey showing that a majority of Republicans think post-secondary education (colleges and universities) has a negative effect on the country.


While a majority of the public (55%) continues to say that colleges and universities have a positive effect on the way things are going in the country these days, Republicans express increasingly negative views.

Furthermore, the number of foreign students entering our colleges and universities has dropped, possibly due to more stringent restrictions on visas, or perhaps a more derisive attitude towards intellectuals.

The rise of Trump has given renewed power to this anti-intellectual attitude, under the encouragement of the anti-science blathering of someone who claims to be a "really smart person" (See Dunning Kruger Effect).

Know Nothings: On the Road to Taliban


Two years ago, 54 percent of Republicans said colleges had a positive impact on the country’s direction, with 37 percent rating higher education negatively. That ratio shifted to 43 percent positive and 45 percent negative last year. 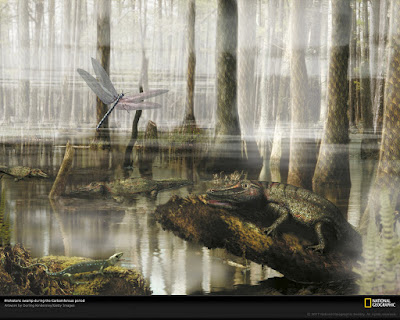 IN THE SWAMP WITH THE FOSSIL FUEL INDUSTRY

Perhaps the issue is one of greed, after all. Trump has given power to the denial of science by appointing unqualified, pro-energy industry people to head the science-based cabinet departments...people like Rex Tillerson, former head of Exxon-Mobile, who was appointed Secretary of State with zero government or diplomatic experience. There's Scott Pruitt at the EPA, for example, who has sued the EPA 13 times and has 8 cases still pending because they dared to fight his pro industry policies in Oklahoma. And Rick Perry, who, when he began as Energy Secretary, thought that his job required him to be a


...global ambassador for the American oil and gas industry.

Other members of the administration's teams are equally ignorant, inexperienced, or entangled with the fossil-fuel industry.


One such appointee [to Trump's Deregulation teams] is Samantha Dravis, the chairwoman of the deregulation team at the E.P.A., who was a top official at the Republican Attorneys General Association. Ms. Dravis was also president of the Rule of Law Defense Fund, which brought together energy companies and Republican attorneys general to file lawsuits against the federal government over Obama-era environmental regulations.

The Republican association’s work has been criticized as a vehicle for corporate donors to gain the credibility and expertise of state attorneys general in fighting federal regulations. Donors include the American Petroleum Institute, the energy company ConocoPhillips and the coal giant Alpha Natural Resources.

The Republican association also received funding from Freedom Partners, backed by the conservative billionaires Charles G. and David H. Koch. Ms. Dravis worked for that group as well, which recently identified regulations it wants eliminated. Among them are E.P.A. rules relating to clean-water protections and restrictions on greenhouse gas emissions. [emphasis added]

The anti-science crowd has been waiting patiently for someone like Trump and his followers to welcome them into power and reverse the progress we have made against climate change. The current administration is not the first to fuel resentment and suspicion of education among those who have not had advanced training. The U.S. has always had a strong anti-intellectual undercurrent. Trump is just the most recent of a long line of manipulators bent on dividing the people.


Donald Trump’s ascendancy in American politics has made visible a plague of deep-seated civic illiteracy, a corrupt political system and a contempt for reason that has been decades in the making. It also points to the withering of civic attachments, the undoing of civic culture, the decline of public life and the erosion of any sense of shared citizenship.

Is there any way to reverse this trend, short of waiting until the next election? What can we, as educators do? There are no easy answers, but I'll share some thoughts next time.

In the meantime, spend the next 5 minutes listening to Neil deGrasse Tyson tell why science, and truth, are important...

When you have an established, scientific, emergent truth, it is true whether or not you believe in it, and the sooner you understand that, the faster we can get on with the political conversations about how to solve the problems that face us.