Most of my 35 years as a teacher was spent with students in grades K through 3. The quote below from Nancy Bailey suggests that it was difficult because of the strong-willed women I worked with. I can think of only one or two cases where I was made to feel unwelcome at the primary level from my colleagues.

It was much more difficult to deal with parents who were skeptical that a man could give their child the nurturing education necessary in the primary grades. Even worse, were those (few times) when parents actually requested another teacher because they didn't want their daughters in my class. I understand the fear that makes a parent do that. The news stories of teachers who betray the trust parents have put in them and abuse children are frequent enough that there are some parents who would be scared to take a chance. I understood the parent request...but it saddened me.


Men who teach early childhood education have a lot of moxie. It can’t be easy to walk into an elementary school of strong-willed women who know the craft of teaching.

Why Churches Should Hate School Vouchers

Normally, I like to keep quotes short...one or two sentences, or a paragraph at the most. With this quote from Peter Greene, however, I felt like I needed to include two paragraphs.

Vouchers entangle Church and State, despite the ruling of the Indiana Supreme Court, and as such, are a danger to both the public schools and the church schools accepting vouchers.

Americans United for Separation of Church and State listed ten reasons for rejecting vouchers. At the top of the list...Vouchers Undermine Religious Liberty. They wrote,


...vouchers force Americans to pay taxes to support religion. This runs counter to the First Amendment’s guarantee of religious liberty. In America, all religious activities should be supported with voluntary contributions.

James Madison, Thomas Jefferson and other Founders strongly supported the separation of church and state and opposed taxation to support religion. As Ben Franklin succinctly put it: “When a religion is good, I conceive it will support itself; and when it does not support itself, and God does not care to support it, so that its professors are obliged to call for the help of the civil power, ‘tis a sign, I apprehend, of its being a bad one.”


Somebody is going to try to cash in on voucher money or make a point or indulge in performance art, and taxpayers will be horrified to learn that their tax dollars are going to support a school that promotes satanism or pushes sharia law or teaches that all white folks are evil (I am confining myself to outrageous things that will outrage people-- the list of outrageous things that people will happily put up with is a longer list).

So in the storm of outrage, taxpayers will demand that government make sure not to send voucher dollars to That School That Teaches Those Awful Things. Politicians will ride that wave, and before you know it, we will have a government agency whose mandate is to decide which churches are "legitimate" and voila-- the Government Bureau of Church Regulation.

From Rocky Killion (See Rise Above the Mark)


Instead of throwing more money at this unproven two-system approach, Indiana legislators should use Indiana’s resources on proven strategies that will improve public education, including early childhood education, reducing class size, investing in professional development for educators, and assisting students who live in poverty. These are the strategies the best education systems in the world have implemented to become the best.

Indiana, North Carolina, Arizona, Ohio...all the states in which wealthy privateers are doing damage to public education...don't reach the heights of damage done to the public schools and public school children of Florida, according to Peter Greene at Curmudgucation. And Florida is, frankly, a terrible place to be a public school student right now. In this post, Greene lists many of the things that Florida has done to support privatization while neglecting or punishing public schools. The third paragraph in the article contains a list of actions so despicable that only the most ardent "reformer" would fail to see the damage done to children.

The most recent legislation diverts millions of dollars from public schools to charter schools.


The legislation you signed today gives to the charter school industry a free hand and promises them a bountiful reward. It allows corporations with no track record of success, no obligation to struggling students, and no mandated standards of accountability to flourish, with the sole obligation to their shareholders. Not the public. Not to well-intentioned parents desperate to see their children succeed – but to a group of investors who have made a business decision to add these companies to their portfolios because they are interested in making money. 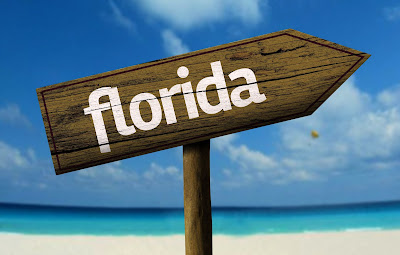 The entire "reform" movement – the obsession with standardized tests, the growth of charters and vouchers – has grown up and taken over as the status quo of American education with virtually no input from professional educators.
The hypocritical conflicts of interest within the political system are rampant, in which legislators and policy makers with economic and political ties to textbook and testing companies, charter management companies, and parochial schools, make policy for public education. Yet teachers aren't consulted about public education policy because they might be "biased."


For some people, my position as an educator discredits my knowledge of schools. Yet getting paid by huge testing corporations doesn’t discredit journalists!? 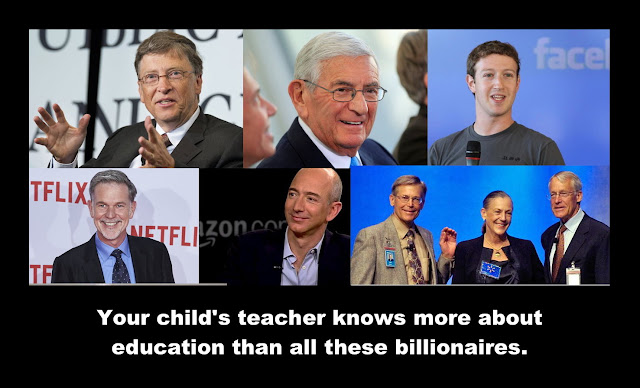 School Choice Opponents and the Status Quo
From Russ Walsh


Those of us who continue to point out that poverty is the real issue in education are accused of using poverty as an excuse to do nothing. Right up front let me say I am against the status quo and I have spent a lifetime in education trying to improve teacher instruction and educational opportunities for the struggling readers and writers I have worked with. To point out the obvious, that poverty is the number one cause of educational inequity, does not make me a champion for the status quo. It simply means that I will not fall prey to the false promise of super-teachers, standardized test driven accountability, merit pay, charter schools, and vouchers, all of which are futile efforts to put a thumb in the overflowing dyke that is systematic discrimination, segregation, income inequity, and, yes, poverty. 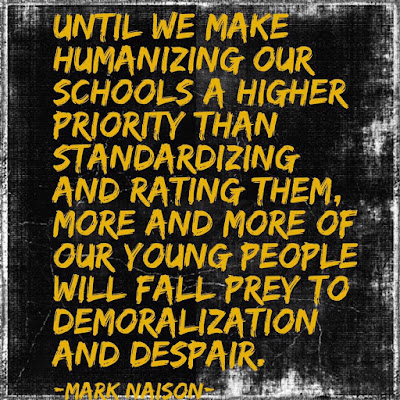 About That Partisan Divide


Today’s Republicans and Democrats do not share a belief in the nature of the common good. Democrats believe that government has a responsibility to ensure access to healthcare. Republicans don’t. 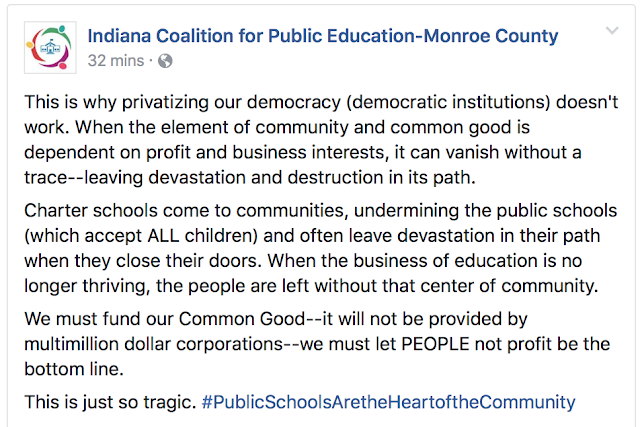