Some images from around the internet related to children, education, and teaching.

Chris Savage, at Eclectablog, has been tracking the condition of water in Flint, Michigan. Would this environmental travesty still be a unresolved if the city wasn't Flint, with an average income of $30,567? Would you expect this problem to drag on for more than two years in a place like Bloomfield Hills, Michigan, with an average income of $108,432? Most definitely not.

Yet, the people who have been responsible for this are still in power and still making decisions which impact people's lives.

Back in Flint, the children (and their families) are still exposed to poisoned water daily. When the public schools "fail" because the children were exposed to toxic levels of lead in their water, who will get the blame? The children...the teachers...the schools...or the municipal and state leaders who are actually responsible? 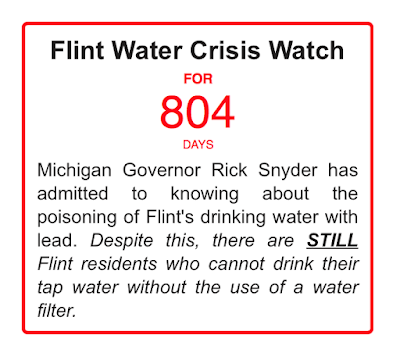 Betsy DeVos knows nothing about education, yet she lectures the public on the "failure" of the public schools.

Barack Obama, Arne Duncan, George W. Bush, and Margaret Spellings knew nothing about education, yet they had no trouble making policy for the 50+ million public school students in the U.S.

Bill Gates, Eli Broad, Mark Zuckerberg, Reed Hastings, and Jeff Bezos know nothing about education, yet they spend their money and time working on the privatization of public schools.

Mike Pence and Mitch Daniels knew nothing about education, yet they damaged the teaching profession and made policy damaging to public schools.

The Republicans in the Indiana General Assembly (Bob Behning, et al) know nothing about public education and work tirelessly to allow the privatization and destruction of the state's public education.

Educators have the expertise. Educators deserve a voice. 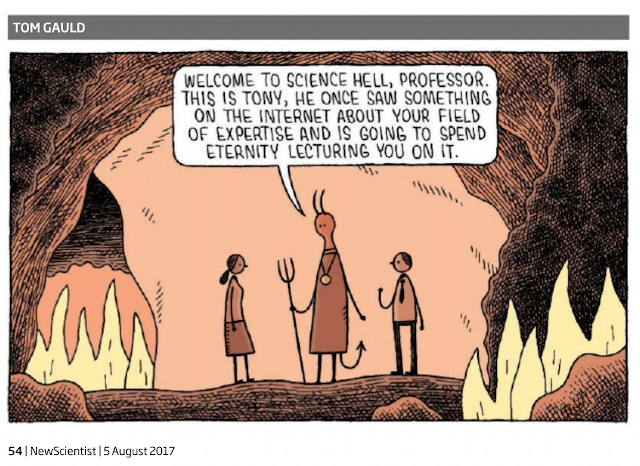 THE MAYOR'S IMPACT ON THE SCHOOLS

The Chicago Sun-Times, a slightly more progressive media outlet than the conservative Tribune, has called for the democratization of CPS, the Chicago Public Schools, by including elected members of the Board of Education. Because of its size, Chicago has local school councils which are elected, but the Board of Education, which makes most of the large decisions, is appointed by the Mayor. The local school councils can object if one of their school's is marked for closing, but they have no real power. That's why closing schools can be based on demographics – which it has been under Mayor Emmanuel.

The real problem is twofold. First, the schools marked for closing over the last few years have been in less affluent areas of the city. Once again we have schools targeted because they were/are "failing" – which in "reform" language, means filled with low income students who need more services (and which the city is unable, or unwilling to provide). The second problem in Chicago is the Emmanuel's penchant for charter schools. Despite the scandals involving charter payoffs, and despite the fact that charters do not improve educational outcomes for students, the Mayor continues to push for charters.

Emmanuel went on The Late Show in order to join Colbert in bashing President Trump. He claims that Chicago has been declared a "Trump-Free Zone," and is a sanctuary city (in Emmanuel's words, a "welcoming" city), welcoming immigrants. This is all very well and good, IMHO. I applaud cities which are fighting the current administration's anti-immigrant policies (as well as the policies which deny and exacerbate climate change which Emmanuel also mentioned).

Still, the damage that Mayoral Control is doing to the Chicago Public Schools should be acknowledged.

In 2012 the Chicago Teachers Union produced a report titled, The Schools Chicago Students Deserve. Mayor Emmanuel ought to read it...and follow its advice. 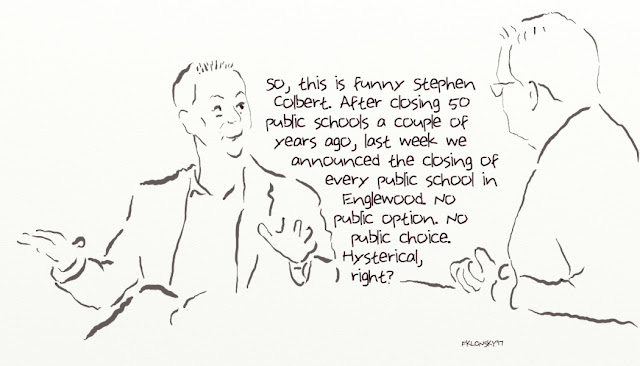 A repost from years past...support your local library. 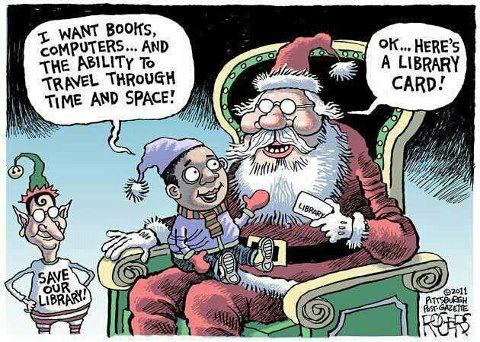