MY FAVORITE BLOG POST OF THE YEAR: by SOMEONE ELSE

The Success of America's Public Schools

In which Steven Singer teaches us how well our public schools are doing. Facts matter.


...America’s public schools are NOT failing. They are among the best in the world. Really!

Here’s why: the United States educates everyone. Most other countries do not.

I follow Steven Singer's post with one of my own about the amazing success of America's public schools.


When she looks at the U.S. international test scores, Secretary DeVos, and other policy makers see "failing schools." This is wrong. The low average scores, and the even lower scores aggregated for low income students, indicate that economic inequity is overwhelming the infrastructure of our public school systems. Instead of blaming public schools, politicians and policy makers must take responsibility for ending the shameful rate of child poverty and inequity in America.

Kill the Teaching Profession: Indiana and Wisconsin Show How It's Done

This post about how Indiana and Wisconsin are destroying the teaching profession,  received the most attention of anything I wrote this year, picking up several thousand hits.

From Live Long and Prosper


...in order to offset the loss of teaching staff in the state, rules for becoming a teacher have been relaxed...

...because nothing says increased achievement more than hiring under qualified personnel.

Retired Chicago-area teacher Fred Klonsky provides an editorial comment about the nation's immigration policy. This sums up the year accurately... 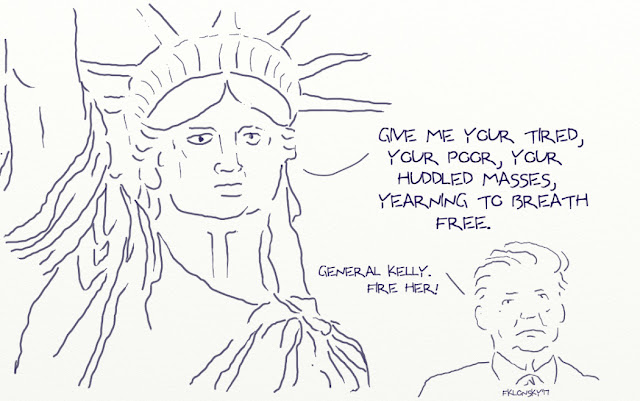 Have you Heard: Truth in Edvertising

With a "market-based" education economy comes advertising. Jennifer Berkshire, Jack Schneider, and their guest, Sarah Butler Jessen, discuss "edvertising". If you are at all concerned about the privatization of public education you owe it to yourself to listen to this.

From Jennifer Berkshire and Jack Schneider


...in schooling certainly there is a private good aspect to it. But schooling is also a public good. It's something that benefits our society, our neighborhoods, our communities. It benefits the most advantaged, but it also benefits the least advantaged at least theoretically. So when we acting as consumers, we're only acting in alignment with the private good aspect of education.

So think for instance, buying an alarm for your house versus trying to cultivate safer cities or safer neighborhoods. Whereas one of those is an inherently private good. The alarm is only going to protect me and my family. The public good is going to benefit everyone in the community and that's not something I can promote via shopping.

My favorite quotes from the year...from actual, real-life educators.

The Hypocrisy of "Choice"


One of the great contradictions within corporate ed reform is the promoting of a “parental choice” that stops short of the parent’s choice to opt his or her children out of federal- and state-mandated standardized testing. 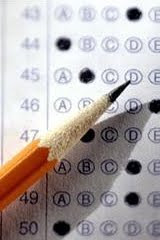 
Those of us who continue to point out that poverty is the real issue in education are accused of using poverty as an excuse to do nothing. Right up front let me say I am against the status quo and I have spent a lifetime in education trying to improve teacher instruction and educational opportunities for the struggling readers and writers I have worked with. To point out the obvious, that poverty is the number one cause of educational inequity, does not make me a champion for the status quo. It simply means that I will not fall prey to the false promise of super-teachers, standardized test driven accountability, merit pay, charter schools, and vouchers, all of which are futile efforts to put a thumb in the overflowing dyke that is systematic discrimination, segregation, income inequity, and, yes, poverty.

MOST IMPORTANT BOOK I READ IN 2017

On Tyranny: Twenty Lessons From the Twentieth Century

We need to learn from history.


The Founding Fathers tried to protect us from the threat they knew, the tyranny that overcame ancient democracy. Today, our political order faces new threats, not unlike the totalitarianism of the twentieth century. We are no wiser than the Europeans who saw democracy yield to fascism, Nazism, or communism. Our one advantage is that we might learn from their experience.

Here's a video of Timothy Snyder talking about his book, HERE. 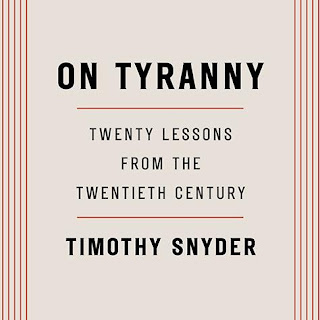 Democracy in Chains: The Deep History of the Radical Right's Stealth Plan for America, by Nancy MacLean

These Schools Belong to You and Me: Why We Can't Afford to Abandon Our Public Schools, by Deborah Meier and Emily Gasoi

Addicted to Reform: A 12-Step Program to Rescue Public Education, by John Merrow

The Color of Law: A Forgotten History of How Our Government Segregated America, by Richard Rothstein