The Chicago Teachers Union delegates decided Sunday night not to accept a deal for a new contract from Chicago Public Schools and made plans to resume negotiations Tuesday, effectively prolonging the weeklong teachers strike and ensuring that school would not be in session for the city's public school students for the next two days. 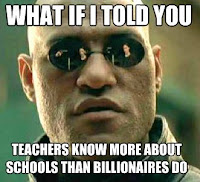 
The confrontation between Chicago teachers and Mayor Rahm Emanuel escalated on Sunday when their union extended a strike and the mayor said he would go to court to block the walkout, risking more friction within President Barack Obama's political coalition as the November 6 election nears.

~~~
Letter to the Editor from CTU President Karen Lewis


Mayor Emanuel says we will have to close and consolidate public schools to save money to pay for the new union contract. Does anyone in the public have any idea how much money it costs to open a brand new charter school* and pay for the first few years while the school gets up and running? Hundreds of millions of dollars! CPS has an entire department dedicated to soliciting charter proposals, reviewing them, and then supporting the charter during its “incubation period.” Also during this incubation period, the school is not held accountable for its test scores because CPS understands that of course the school will not do well initially.

This is what we want for our children? Parents don’t want their kindergartner, 5th grader or 9th grader acting as guinea pigs for a charter school that might eventually become a good school. There is not a single charter management network that can say that all of its campuses are doing well.

Mayor Emanuel and his charter school friends are complaining that the Chicago Teachers Union strike has kept students out of school for a few days. What about the years that students suffer in low-performing charter schools that are still trying to figure out how to manage themselves as an academic institution? Even the hedge fund billionaires that are behind this push admit that every charter school is not going to succeed–so why are we doing this? Why aren’t we simply looking at what already works, at the 30 percent of CPS’ neighborhood elementary schools that are scoring 85 percent and above–some at 100 percent– on state tests. Why aren’t we replicating that?

~~~
Responding to NPR's What's At Stake for US Teachers


Not only is this going to be very costly, but there is evidence that it won’t increase school achievement. It will rob money from where we need it, money that could protect children from the effects of poverty by improving nutrition, health care, and access to books. 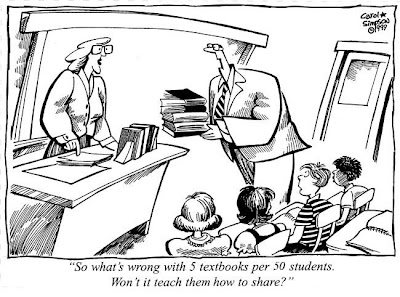 ~~~
Chicago Teachers and Support Staff: Lots of Thank Yous and a Couple of Warnings


Visit NBCNews.com for breaking news, world news, and news about the economy
~~~
Who Is Victimizing Chicago’s Kids?

The city’s current reform wave began in 2004 with Mayor Richard Daley’s Renaissance 2010—a massive program, funded in part by $90 million from the Bill and Melinda Gates Foundation, to transform the city’s schools by 2010. The strategy included firing and replacing entire staffs in low-income neighborhood schools, shutting down dozens of schools, and setting up charter schools. When reckoning day came, here is what the Chicago Tribune reported:

Six years after Mayor Richard Daley launched a bold initiative to close down and remake failing schools, Renaissance 2010 has done little to improve the educational performance of the city’s school system, according to a Tribune analysis of 2009 state test data. …The moribund test scores follow other less than enthusiastic findings about Renaissance 2010—that displaced students ended up mostly in other low performing schools and that mass closings led to youth violence as rival gang members ended up in the same classrooms. Together, they suggest the initiative hasn’t lived up to its promise by this, its target year.

I am tired of billionaires telling us what we need to do for our children as if they love our children more than we do.

I want them to show us where are the billionaires marching? Why do they have so much influence because they can write a check. They only have one vote.

*References to charters generally imply corporate, for-profit charter schools. Quotes from other writers reflect their opinions only. See It's Important to Look in a Mirror Now and Then
~~~
Stop the Testing Insanity!
Sign the National Resolution on High Stakes Testing!