In response to Sara Mosle's What Should Children Read?, Susan Ohanian wrote (quoted in Schools Matter)...


Regrettably, Mosle perpetuates the myth that non-teacher David Coleman has a clue of what is developmentally appropriate to students needs, and it is worse than a mistake that she fails to include the judgments of experienced teachers or researchers.

I wonder why The New York Times gives so much space to the opinion of amateurs without even a nod to professionals in the field. 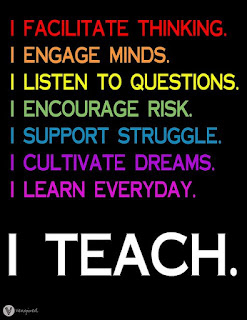 Education is one of the few industries where the current practitioners' opinions are not solicited or respected. The New York Times is not alone in ignoring the advice and expertise of current practicing professional educators.

The position of US Secretary of Education has rarely been filled by a practicing teacher. While presidents would never think of appointing someone other than a lawyer as the Attorney General or a doctor as the Surgeon General, for some reason, the Secretary of Education doesn't need to be trained in the field of education. Margaret Spelling, George W Bush's second Secretary of Education wrote on her Department of Education bio that she was qualified for the position because she was "a mom." Her degree was in Political Science. Arne Duncan, the current Secretary has a degree in Sociology. He is, apparently, qualified because his mom ran a tutoring program in Chicago.

It's not surprising, then, that a group focused on education, the Foundation for Excellence in Education, would hold a National Summit, yet invite no practicing teachers to be on any panel, or give any presentation.

Instead the keynote speakers and strategy session panelists and moderators at the summit are a mixture state and national politicians (including such notables as Condaleeza Rice and Jeb Bush), current and former state and federal commissioners of education (including US Secretary of Education Arne Duncan, and former Indiana Superintendent of Public Instruction Tony Bennett),  think tank pundits, and billionaire foundation representatives.

I looked through the list of sessions with names like, Implementing Bold Teacher-Effectiveness Reform, How to Prepare for Common Core Assessments, and Developing and Retaining Teachers We Can't Afford to Lose. Not one of them had a practicing K-12 teacher listed among the panelists or moderators. It's as though the actual practitioners in the field of education don't exist. Why?

There are over 3 million education professionals in America's public schools...professionals who spend their days working with all children, rich and poor, housed and homeless, and with special physical, academic or emotional needs. America's teachers provide parenting, instruction, moral leadership, discipline and structure to the lives of our children. They support the weak, and encourage the strong. They coach athletic teams, and academic teams, develop artistic talents and inspire future social workers and poets. They teach children how to stand up to bullies and how to nurture a hurt friend.

This is short-sighted, foolish and self-defeating. As an educator I'm outraged. As an American I'm offended. 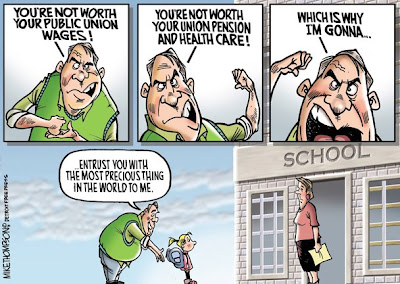 Indiana Residents: Did you vote for Glenda Ritz?

Let Governor-Elect Pence and the Indiana Legislature know that we voted for her because we rejected the top-down, corporate reform model imposed by the state. We embraced Ritz's platform and her research-backed proposals to support and improve our public schools.