John Kuhn is a strong voice in the fight for public schools. He understands that public education is not just for parents and children who participate in the public school system...public education exists to enrich and preserve our nation, just like public parks, museums, roads, street lights, and water systems.

We all benefit from America's public schools. We should all contribute


School tax money is not a stipend paid to each individual child. It is an investment by the community in the community. I agree-- the feds should play a secondary, or even quaduciary role, in education. Particularly when federal ed policy is being dictated by the kind of anti-public-ed amateurs we've been subjected to for at least two administrations (and probably the next one, too). But local communities and, to a lesser extent, states should be hugely involved.

Choice and charters are, of course, all about cutting local control and community investment out of the picture. That is simply wrong, and bad for education as well. [emphasis added]

Losing Our Way: An Intimate Portrait of a Troubled America by Bob Herbert

Bob Herbert has written the most important book of 2014.

Quoting a parent after the 2013 mass school closings in Chicago...

"It's cruel, you know. They like to tell people that they're offering us choice, but they're actually giving us ultimatums." [emphasis added]


It's not simply a case of greedy people. For an awful lot of them it's ideological. They're playing this game of education reform not because they're educators, not because they know anything about education, necessarily, but because they have an agenda. It might be political, or corporate, or anti-union, or they have an excessive belief in the wonders of technology, or they don't believe government can or should be running the schools. They have something to prove, and at the moment they're trying to prove it through education. They will all tell you that they genuinely care about the students. But when you look at what they're pushing, it's not good for kids. None of this corporate reform stuff has actually worked in practice and a lot of it is damaging, particularly for poor children and children of color.  [emphasis added]


Those who are genuinely interested in improving the quality of education for all American youngsters are faced with two fundamental questions: First, how long can school systems continue to pursue market-based reforms that have failed year after demoralizing year to improve the education of the nation's most disadvantaged children? And second, why should a small group of America's richest individuals, families, and foundations be allowed to exercise such overwhelming -- and often such toxic -- influence over the ways in which public school students are taught?

There is no reason why plutocratic school systems should be any more acceptable to a majority of Americans than plutocratic government in general.

No, America’s education system isn’t broken by John Staver (professor of Science Education and Chemistry in Purdue University’s Department of Curriculum and Instruction).


Today’s corporate education reformers use international test results to argue that American K-12 public schools are broken. Yet, research-based evidence calls into question such attacks on American public education. Analyses of students’ scores on two international assessments are not sufficient to provide thorough, sound, evidence-based insights about the status of American K-12 education. However, research has long identified a major problem for American K-12 education that remains at large. Its name is poverty. When will policy makers seriously engage and act to solve the problem of poverty? [emphasis added] 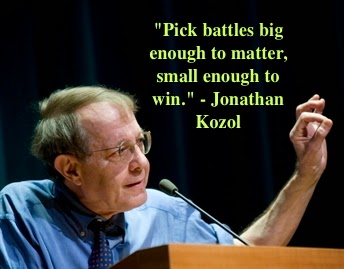 
Stop falling for the hold-your-nose, lesser-of-two-evils scam that is based in propaganda and corruption. Democrapublicans posing as whatever each brand used to be. Get active now!

Our children need you. Communities, teachers, and American public schools need you.

THE JOB OF TEACHING

Let's Talk About Teacher Retention, Not Tenure by Peter Greene

It's not really about "bad teaching" at all, but rather about "busting the union" and running payrolls on the cheap.


...making teaching jobs crappier and less secure is not likely to get people to stick around.