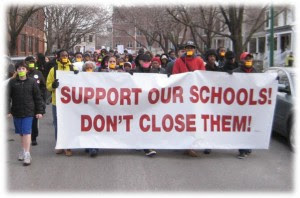 School Choice: Whose Choice Is It?

It's National School Choice Week...a time to celebrate (?) the privatization and destruction of America's public schools.

Sadly, many legislators have chosen to be willfully unaware of the consequences of "school choice." While the reformers and the takeover artists and the hedge fund managers talk and talk and talk about the miraculous results of school choice, research shows that these results are uneven at best.

No, Betsy, School Choice Is Not a Good Thing

Public education is a "common good" provided for all people.


In our society we have come to recognize that choice is a good thing as long as it does not interfere with others’ choices. What if an inner-city parent’s choice is to send a child to a clean, safe, well-resourced, professionally-staffed, neighborhood public school? By draining away the limited funds and resources available for public education, charter schools and voucher schemes infringe on that parent’s choice. Public monies are rightly spent to make that good local school a reality. In public education, as with smoking and seat belts and the military, the government must choose to limit our choice in order to provide for, as the Constitution says, “the common good.” Public education is a common good that privatization in the form of charters and vouchers will destroy.

Indiana's voucher plan takes public funds and gives it to schools which are economically unaccountable to the public.


If the purpose of “school choice” is for students to be able to get out of failing schools and move to a better school, then this proposal makes a lot of sense. If the point of the exercise is to subsidize parochial education, to bust unions, or to divert public education money to friends and well-wishers, then obviously this proposal would not be met with favor.

Whether this would save the state money or cost it money is tied to the question of how many students that attend voucher schools would otherwise attend public schools. There seem to be a fair number of kids who were going to attend the voucher schools anyway but are now being subsidized by taxpayers to go to these schools. (“[M]ore than 50 percent of students accepting vouchers had never attended a public school.”) So, in terms of financial impact to taxpayers, the question is whether, if their private school underperformed the public school and they were no longer eligible for a voucher, the kids would stay at the private school or go to the public school in their area.

I don't know that Vice President Pence doesn't like to admit this...my guess is that he thinks that it doesn't sound good politically, but he and most of his fellow super-majority cronies in the state legislature and the new administration in the executive branch are all in favor of "choice." There's a basic cultural divide between those who believe in supporting public education (along with public highways, public libraries, parks, etc) as a "public good" and those who believe that 1) the government can't do anything right, and 2) privatization is always better.

Those of us who believe that the government has some responsibilities, and needs the resources to provide for its citizens, must start electing representatives who agree with us.


Indiana’s school choice program started under a prior governor as a small pilot, tailored to poor families that did not believe public schools were providing their children with an adequate education. Gov. Pence, however, escalated this program into a de facto entitlement for middle-upper-class families, pulling millions of dollars from our poorest schools so that these more affluent families could subsidize a private school education for their kids. Betsy DeVos wants to expand these voucher programs to as many states as possible.

Pence likes to claim that Indiana has the largest voucher program in the country. What he does not like to admit is that in five years of this program, Indiana’s taxpayers have sent more than $345 million to religious schools with little to no state oversight or regulation. These taxpayer dollars would have otherwise funded public education in our state.

Trump not informed about education

Like many who are ill-informed about public education, President Trump assumes that America's schools are "failing." He assumes (as do most Republicans and many Democrats) that the public school system in the United States is not working and in need of an overhaul.

It's true that we can improve America's public schools, but the best and most effective improvement would be to reduce the level of child poverty in the United States. Stephen Krashen continues to preach. Will anyone hear him?


In his inaugural address, Mr. Trump said that our educational system "leaves our young and beautiful students deprived of all knowledge.'” President Trump is apparently unaware of the fact that when researchers statistically control for the effects of poverty, American students score near the top of the world.

Poverty means, among other things, food deprivation, poor medical care, and lack of access to reading material. All of these have profound negative effects on school performance. The best teaching in the world will have little value if students are hungry, ill, and have little or nothing to read. Our child poverty rate is 21%, the highest of all industrialized countries. In contrast, child poverty in high-scoring Finland is about 5%.

Martin Luther King was right: "We are likely to find that the problems of housing and education, instead of preceding the elimination of poverty, will themselves be affected if poverty is first abolished.” (1967, Final Words of Advice)

President Trump's staff needs to focus on the real problem in American education. 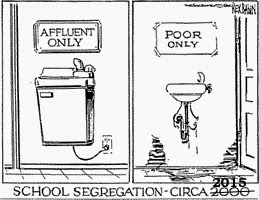 The Real Crisis in Education:An Open Letter to the Department of Education

THE SUCCESS OF PUBLIC EDUCATION

Focusing on the Pebbles

When public schools are supported, great things can happen.


When the history of the United States is written from the vantage of the middle of the 21st century, and the question asked is what was it that made the United States the preeminent nation in the world during the 20th century, the answer will be found in the 19th century.

It won’t be the telegraph, or the telephone, or the automobile, or even the computer that has made America great. Rather, it was the invention of the common school. 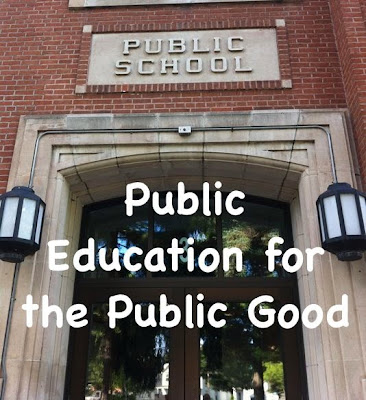 One phrase in this article speaks volumes.

"...many schools are still waiting...especially those serving minority students."

At Charles L. Spain school in Detroit, the air vents are so warped and moldy, turning on the heat brings a rancid stench. Water drips from a leaky roof into the gym, warping the floor tiles. Cockroaches literally scurry around some children’s classrooms until they are squashed by student volunteers.

Are you serious, Donald Trump!? 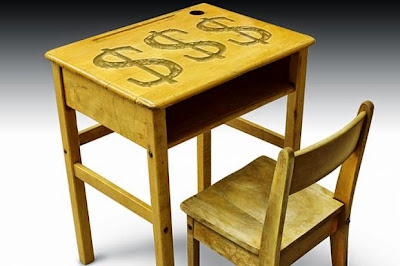 'The level of workload expected of teachers is not improving schools, but it is wrecking lives'

This article is from November, 2016, but it really needn't be dated. We've been neglecting our teachers and schools for decades.


Teachers are reaching – or perhaps have reached – a point where this level of work commitment is becoming corrosive. Children do not benefit from overworked teachers. This level of work is not improving schools, but it is wrecking lives.

This year, this level of work has failed once again to result in a pay rise commensurate to the workload. The 1 per cent rise will make teachers feel unvalued. They also know that they remain without a voice.

The next year will also see the recruitment crisis worsen. Why? Well, graduates will see the pay and the conditions of service and seek alternative employment.

We will also see schools having to continue with a worthless testing regime and even more cuts that will affect all areas of education. 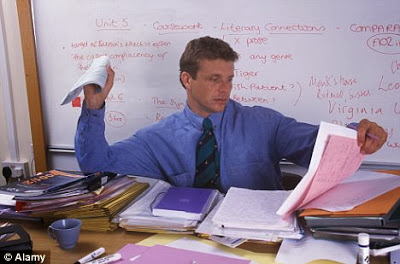 "Alternative facts" are the new "naked." This seems like an appropriate time for a "reminder."


"But he hasn't got anything on," a little child said.

"But he hasn't got anything on!" the whole town cried out at last. 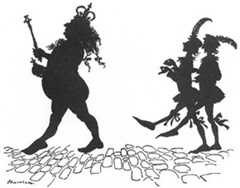