A More Qualified Secretary of Education

It's been a tradition for American presidents – since Jimmy Carter – to nominate unqualified people to the office of U.S. Education Department Secretary of Education. A quick glance at past Secretaries would give you enough information to understand that the position is not reserved for educators, but for political hacks.

Of the ten past and current Secretaries of Education, and the one nominee and future Secretary, only a handful have had any experience in public education.

John King, the current Secretary, taught for 3 years (yep...three whole years) and became the hated state education chief in New York. Terrell Bell, who got fired from his job as Secretary after one term because he knew too much about education, was also a high school teacher and administrator. Rod Paige, who equated teachers who belonged to their teachers union with terrorists, also had education training, and earned his stripes as the Superintendent of Schools in Houston during the "Texas Miracle" which turned out to be no miracle at all.

Arne Duncan was the "CEO" of Chicago Public Schools – because "CEO" means that we're running a school system like a business so it's all good – and he got that job because...why? His mom was a tutor and he watched her.

The rest of the pack's knowledge of public education was either as a parent, such as Margaret Spellings whose web page at the U.S. ED said that she was qualified because she was a mom, or because they might have been a student in a public school...once.

In other words, knowing anything about K-12 public education has rarely, if ever, been a requirement for the job of U.S. Secretary of Education.

Why then, is it a surprise that President-elect Trump's nominee for U.S. Secretary of Education, Betsy DeVos, knows nothing about K-12 public education?

And like other aspects of the President-elect's superlative-laden campaign and transition, DeVos is the most unqualified of all. If other Presidents have nominated for Secretary of Education someone with minimal knowledge of public education, then he, Trump, had to nominate someone with the most complete lack of knowledge of all.

I would make a better Secretary of Education for the United States than Betsy DeVos. Like DeVos I have no experience at running any organization the size of the the U.S. ED. And I don't have her millions of dollars to purchase politicians. On the other hand...
But it's not just me.

The nation's children would be better served with an education professional as the U.S. Secretary of Education, than with someone like Betsy DeVos, who has no understanding of teaching and learning, and whose only interest in public education is to destroy it. 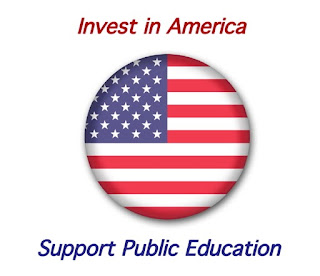 Even most allegedly incompetent teachers know more than Betsy DeVos. She knows how to bribe elected officials to become her minions, and she knows how to flush a toilet and that is about the sum-total of what she knows, but flushing the toilet is questionable because, with her money, she can pay someone to do it for her and even wipe her ass.

You've got my vote. I've lost count of how many times I've called Todd young to complain about her.