On the anniversary of Isaac Asimov's 98th birthday, I offer some quotes relevant to today's political and cultural environment.

None of those things, of course. In fact, one might well suppose that the popular feeling is that Americans are a lot better off without any of that tripe.

There is a cult of ignorance in the United States, and there always has been. The strain of anti-intellectualism has been a constant thread winding its way through our political and cultural life, nurtured by the false notion that democracy means that “my ignorance is just as good as your knowledge.”

The complete article, A Cult of Ignorance, by Asimov, may should be read here. 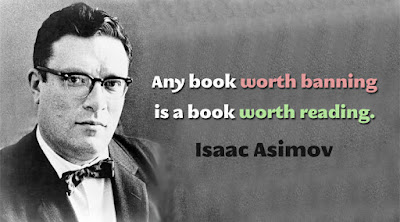 From The Gods Themselves


The easiest way to solve a problem is to deny it exists.

From Isaac Asimov’s Book of Science and Nature Quotations


It is the easiest thing in the world to deny a fact. People do it all the time. Yet it remains a fact just the same.

From Isaac Asimov's Book of Science and Nature Quotations 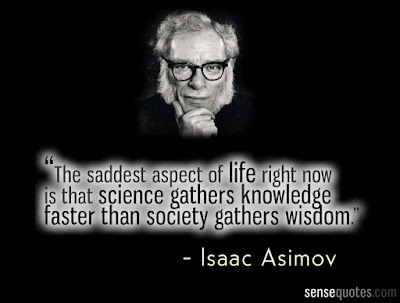 
Increasingly, our leaders must deal with dangers that threaten the entire world, where an understanding of those dangers and the possible solutions depends on a good grasp of science. The ozone layer, the greenhouse effect, acid rain, questions of diet and heredity. All require scientific literacy. Can Americans choose the proper leaders and support the proper programs if they themselves are scientifically illiterate? The whole premise of democracy is that it is safe to leave important questions to the court of public opinion—but is it safe to leave them to the court of public ignorance?

ON RIGHT AND WRONG


Never let your sense of morals prevent you from doing what is right.


Violence is the last refuge of the incompetent. 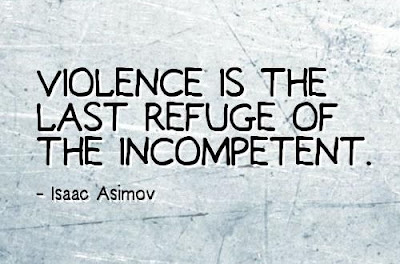 ON SCIENCE, EVIDENCE, AND TRUTH


Science doesn't purvey absolute truth. Science is a mechanism. It's a way of trying to improve your knowledge of nature. It's a system for testing your thoughts against the universe and seeing whether they match. And this works, not just for the ordinary aspects of science, but for all of life. I should think people would want to know that what they know is truly what the universe is like, or at least as close as they can get to it.

From The Roving Mind


I believe in evidence. I believe in observation, measurement, and reasoning, confirmed by independent observers. I'll believe anything, no matter how wild and ridiculous, if there is evidence for it. The wilder and more ridiculous something is, however, the firmer and more solid the evidence will have to be. 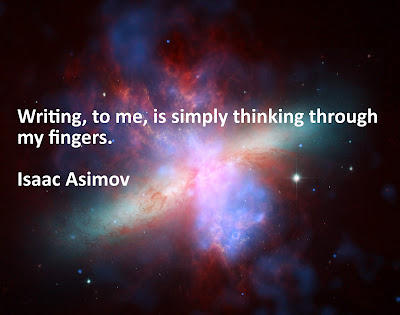