Shortchanging Our Children and our Future,
Retention-in-Grade, Struggling Readers,
Why Teachers Quit, Chalkbeat
SHORTCHANGING OUR CHILDREN...AND OUR FUTURE

Missing an S for Science in the STEM Frenzy

Like other aspects of America's infrastructure, our public education system is being systematically dismantled. We're shortchanging the future of the nation by not providing a full curriculum for all our students.

Small schools are hurt worse, raising questions about the quality of science instruction in charter schools.

Ninety percent of America’s kids attend public schools, so dwindling science instruction is troubling. But it’s not surprising. Defunding public education is intentional, meant to transform schools into technology hubs—charters for the poor.

Held back, but not helped

Yet another state discovers that retention-in-grade doesn't help students.

Louisiana is one of the states where you have to pass a test to move on to the next grade (in fourth and ninth grades). After a retention rate of around 25%, they've found that the process doesn't really help.

Retention is a problem that even educators contribute to...not just legislatures, school boards, or politicians. It's true that the legislatures and politicians are the ones who pass the "third grade punishment" laws (fourth grade in Louisiana), but rarely do teachers or administrators object beyond the "we need to make those decisions" stage. Those voices shouting "retention-in-grade doesn't work" are drowned out by the crowd shouting "we have to do something" followed by "what else can we do?" And therein lies the problem.

Teachers can't solve the problem of retention-in-grade on their own. Retention is ineffective as a method of remediation, as is passing a child to the next grade without any intervention. Intervention takes time and costs money.

States should stop wasting millions on testing, and, instead, spend that money on remediation. Struggling students need extra help, not another year doing the same thing over again. Research has repeatedly shown that intensive intervention works...but it costs money.

Only when we decide that our children are worth the cost will we be able to provide the education that each child needs.


Students who fell short were assigned mandatory summer-school classes, after which they took the test again. If that second attempt wasn’t successful, students couldn’t move on to fifth or ninth grade. The practice of retention in Louisiana also extended beyond the high-stakes grades. In 2015-16, more than one-third of all retained students were from grades K-3. In that same year, 10 percent of all ninth graders were held back. In a presentation a few years ago, a top education-department administrator, Chief of Literacy Kerry Laster, wrote, “We retain students despite overwhelming research and practical evidence that retention fails to lead to improved student outcomes.” Laster’s presentation, based on 2010 data, reported that 28 percent of Louisiana students did not make it to fourth grade on time. 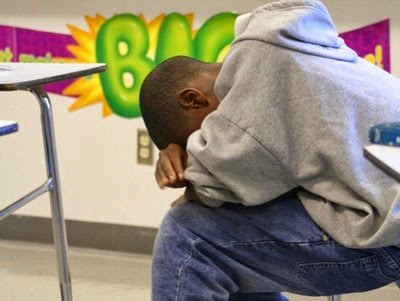 Teachers are leaving the profession faster than they're entering. The non-educators in statehouses and legislatures are forcing teachers to do things that are not educationally sound. This has been going on for too long.


Bonnie D. left after 30 years of teaching because she felt the system was no longer acting in the best interest of all students. “Everything became all about passing the ‘almighty test,'” she says. “Decisions were made by the administrators to concentrate only on those students who could perform well. Call me old fashioned, but I always did my best to reach and teach every student in my room, not simply the ones who had the best chance of passing a test.”

In addition, many teachers worry about the effect high-stakes testing has on kids. “Sometimes tests coincide with a bad day,” Michelle S. tells us, “or a day when a student is just not feeling it. That is an incredible amount of stress on kids—especially those classified as ‘bubble kids.'” 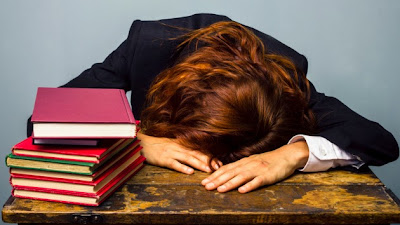 Why It’s So Hard to Be a Teacher Right Now

Many legislatures are still relying on test scores to tell them which schools are "good" and which are "failing." That continued stress, added to the attitude out of the U.S. Education Department that public schools are a "dead end" means that being a teacher is not getting easier.


...test-prep stressors haven’t gone away, Weingarten says they started to abate late in 2015 when President Obama signed into law an act that gave states more power to determine public school curricula without the threat of federal penalties tied to standardized test scores. “There was hope things would get better,” she says.

Chalkbeat accepts money from the forces of DPE (Destroy Public Education) such as the Gates Foundation, the Joyce Foundation, the Anschutz Foundation, EdChoice, and the Walton Family Foundation. They claim that their supporters (complete list here) don't impact their editorial decisions.


Here's what I do know--teaching is not a competition. It's not a reality show. If it were a reality show, it would be judged by experts like Diane Ravitch and Carol Burris. The thing is neither of them would deign to participate in an exercise like this one by reformy Chalkbeat. More likely it will be an exercise in determining who can best read the Moskowitz Academy Scripted Lesson Plan, or who can make the Most Kids Pass the Test, or some other reformy nonsense.

I'm personally offended that Chalkbeat deems itself worthy of judging teachers. I've been reading Chalkbeat since it started. I rate it biased, reformy, ineffective, and totally unqualified to understand our jobs, let alone judge our work. We do not cook meals. We do not just do test prep. We deal with real people, and they have many more layers than the artichokes they prepared three ways on Top Chef last week. 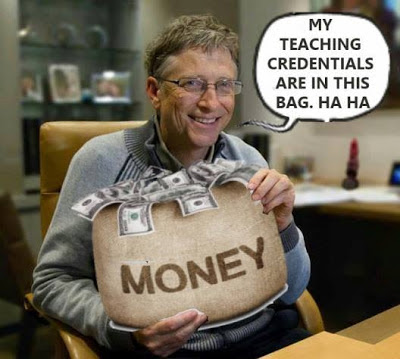 There are always many more articles I'd like to post than I have room for (I try to keep the Medleys to between 4 and 8 articles). Here, then, are some that I recommend...without comments.

This is the first in a series on struggling readers by Russ Walsh. As of Jan 7, there is a second post, When Readers Struggle: Oral Language


Whenever I ask a group of teachers to identify areas that seem to cause difficulty for struggling readers, lack of background knowledge is sure to be near the top of the list.

Liking Those We Don’t Like: The Dissonance Involved with Supporting Public Schools


It’s one of the most exasperating issues for parents and educators, but education goes relatively unmentioned in each campaign.

We can draw school zones to make classrooms less segregated. This is how well your district does.


Is your district drawing borders to reduce or perpetuate racial segregation?


A new study ranks 20 wealthy countries on childhood deaths. The US comes in last.

Lawmakers want more research before they spend big on preschool. When it comes to vouchers, there’s no such hesitation.


Lawmakers have demanded lots of proof to determine whether preschool helps kids...

The Lasting Payoff of Early Ed


The benefits of early education are found to persist for years, bolstering graduation, reducing retention, and reducing special education placements.