The upcoming election gives us the chance to change the occupant of the White House, which would also, thankfully, remove the person who purchased the office of Secretary of Education.

Betsy DeVos's tenure at the US Education Department has not gone well. From her lack of educational qualifications to the "Where are the pencils" tweet to the attempt to "strip public money from public schools," she has shown, to put it mildly, a general lack of interest in public schools.

The vast majority of American students attend public schools and they will all benefit when "dead end" DeVos goes back to her Michigan mansion and her yachts.

But who should replace her? Joe Biden, should he take the Presidential 0ath of Office on January 20, 2021, will nominate someone other than DeVos for Secretary, and he has promised to nominate a teacher.

But if you've been a public school educator in the last 20 years, you know that a promise from any presidential candidate, Republican or Democratic, about public education is questionable. Before DeVos, public schools suffered through sixteen years of attack from two different administrations. Peter Greene, in Forbes, tackles the question. Read the entire article...I'll wait...

Who Should Biden Pick As Education Secretary?


Of course, he has to win first. But Joe Biden comes into the race carrying the education baggage of the Obama administration, and an announcement of a good ed secretary, even a short list, could help whip up some teacher enthusiasm. Also, it’s far more pleasant to imagine what Biden could do than to contemplate more years of Betsy DeVos in the office...

...when the campaign puts together a search committee to narrow down the field, that committee should be loaded with public school teachers as well. Start soon; teachers are going to be extra busy this fall. And teachers—if you don ‘t get the call to help out, send the campaign your picks anyway. 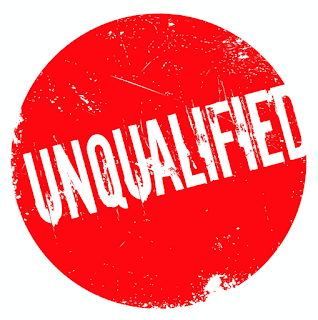 It's been a tradition for American presidents – since Jimmy Carter – to nominate someone unqualified to the office of Secretary of Education. A quick glance at past Secretaries would give you enough information to understand that the position is not reserved for educators, but for political boosters and hacks.

Of the eleven past and current Secretaries of the US Education Department, only a handful have had any experience in public education or even K-12 education.

John King, the previous Secretary, taught for 3 years (yep...three whole years) and became the hated state education chief in New York. Terrell Bell, who got fired from his job as Secretary after one term because he knew too much about education, was a high school teacher and administrator. Rod Paige, who equated teachers who belonged to their teachers' union with terrorists, also had education training and earned his stripes as the Superintendent of Schools in Houston during the "Texas Miracle" which turned out to be no miracle at all.

Arne Duncan was the "CEO" of Chicago Public Schools – because "CEO" means that we're running a school system like a business so it's all good – and he got that job because...why? His mom was a tutor and he watched her (see here, here, and here).

The rest of the pack's knowledge of public education was either as a parent, such as Margaret Spellings whose web page at the U.S. ED said that she was qualified because she was a mom or because they might have been a student in a public school...once.

In other words, knowing anything about K-12 public education has rarely, if ever, been a requirement for the job of U.S. Secretary of Education.

It's time to change that! 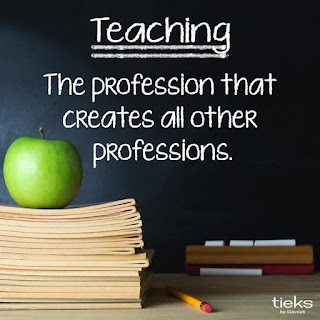 Nearly any American public school teacher would make a better Secretary of Education for the United States than Betsy DeVos.

Take me for example...

Like DeVos, I have no experience at running any organization the size of the U.S. ED. And I don't have her millions of dollars to purchase politicians. On the other hand, I have more than sixty years of experience as a student, teacher, parent, and volunteer in public education compared to DeVos's zero years. I have been a teacher of students from age 4 through adult at the elementary school, community college, and university levels. In fact, I have more K-12 teaching experience than any previous Secretary of Education.

But I'm not the only one.

The nation's children would be better served with an education professional as the U.S. Secretary of Education, than with someone like Betsy DeVos, who has no understanding of teaching and learning, and whose only interest in public education is to destroy it.

Peter Greene suggests that you send the Biden campaign your suggestions for a qualified, public-school-experienced, Secretary of Education. I think that's a good idea.