The state of Michigan is considering making third graders repeat the school year if they don't pass "the test."


Christy Hovanetz, a senior policy fellow at the Foundation for Excellence in Education, a Florida-based nonprofit focused on what she described as innovative education reform, said 32 other states already have some sort of K-3 reading promotion policy in place. But she said some states have provisions that allow more flexibility than what the Michigan bill is considering.

In some states, for instance, third-graders who fail the state exam can demonstrate proficiency in other ways. Students in year one or two of learning English also aren’t held to the same rules as native speakers, she said. And some states limit how many years a student can be held back, over concerns that students “will end up driving to third grade,” Hovanetz said.


EVERYONE SHOULD BE ABLE TO READ


Rep. Pete Lund, R-Shelby Township, said there should be no question that students should be able to read by the end of third grade.

“I’m just amazed that this could be so controversial,” Lund said.

Lund is amazed…perhaps because he knows nothing about education (Representative Lund has degrees in Economics and Political Science as well as an M.B.A.). Not all students learn at the same rate. Not everyone learns to walk at the same point in their lives. Not everyone learns to talk at the same point in their lives. Human beings are not automatons, programmed to respond the same way at any given time. Some children learn to read when they're 4 years old. Others still struggle with reading into their teen years and even as adults. For the latter students, retention doesn't help.

Perhaps Lund is amazed because he hasn't read the research on retention in grade. Holding students back is a failed attempt at remediation. Intense intervention works, but Lund, and legislators around the nation don't seem to be interested in that. It's expensive to hire and train educational specialists.


Rep. Thomas Stallworth, D-Detroit, described the debate as “provocative, but critical,” saying it’s particularly so for him because of the high rate of functional illiteracy in his district.

“We’re graduating kids that can’t read. I don’t know what the answer is. But I know it’s a problem,” Stallworth said.

The answer, Representative Stallworth, is to educate legislators on the relationship between poverty and achievement. 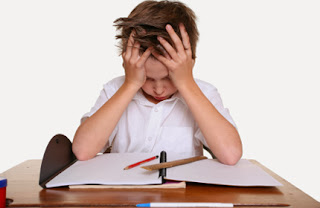 RETENTION HURTS OTHER STUDENTS AS WELL

New research indicates that not only is retention damaging to students who are retained…but to their classmates as well.


Research in grade retention has predominantly focused on the effect of this practice on the retained student. This study contributes to the limited body of research examining the effect of retained classmates on the outcomes of other students in the same classroom…this study evaluates how the percentage of retained classmates affects other students’ absence patterns, both unexcused and excused. Focusing on absences as an outcome is key, as they signal educational disengagement and highly correlate with schooling and lifelong success...the results indicate that a greater percentage of retained classmates increases other students’ absences. The effect is only present on unexcused absences, not excused absences, hence signaling an increase in disengagement in other students. Individual- and classroom-level moderating effects are evaluated, and policy implications for classroom assignment are discussed. [emphasis added]

Legislators ought to get out of the education business. They can help by reducing inequity in our economy, but they should leave the task of teaching our children to professionals. [Note: While the video linked in this paragraph is about 8 years old -- 2005 -- the trends have not changed.]

(More about the effects of retention in grade here and here.)

It's not just Michigan…other locations in the US have passed, or are considering, legislation which would retain third graders who can't pass "the test."

States draw a hard line on third-graders, holding some back over reading (March 2013)


"This is completely unsettling. I’m concerned about a number of those legislative initiatives,” said Shane Jimerson, a University of California at Santa Barbara professor who has studied retention for 20 years and found that, from a child’s perspective, being held back is as stressful as losing a parent.

“This is deleterious to hundreds of thousands of students,” he said. “But children don’t have a voice. If you were doing this to any group that had representation, it would not be happening.”

In Indiana, the last election for the state's Superintendent of Public Instruction was between Tony Bennett who favored third grade retention and Glenda Ritz, who did not.


Tony Bennett, Indiana schools superintendent, lost his elected position in November to Glenda Ritz, a teacher who ran because she was angered by Bennett’s third-grade retention policy.

“It was the final straw,” said Ritz, adding that her state should emphasize reading as early as kindergarten and help struggling readers well before third grade. She wants to stop retaining children based on standardized test scores.

Florida is the new model for those favoring retention. According to the research there is evidence that retention worked in Florida. However, retention was not the only variable. Students who were retained in grade were the beneficiaries of smaller class sizes and universal preschool along with other additional interventions. Was it retention which helped the students or the literacy coaches and smaller class sizes? The promoted comparison group received no additional special help.


Although some test score gains in Florida are held up as a model, any such gains were achieved by much more than just accountability reforms. Florida also has universal preschool, class size limits, and guaranteed high-quality literacy coaches, among other well- financed innovations.

...It is no wonder that both the promoted children in Florida and retained children in Chicago did poorly compared to their peers. Both groups of struggling students did not receive any guaranteed special help during the studied year.

All About the Third Grade Reading Guarantee (Various: April 2012-May 2012)


Move On When Reading, a law passed in 2010 that goes into effect this year, mandates that schools hold back third-graders who score in the lowest category of the reading portion of the Arizona Instrument to Measure Standards, known as AIMS.

The law exempts English-language learners and students in reading and language special-education programs. But it makes no exception for students who perform well in all areas except reading. 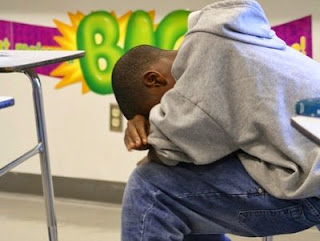 
Ultimately, holding kids back does not get them the social and emotional support they need. Instead, it aggravates the very conditions that led to their original failure...“Ending social promotion,” it turns out, is just another slogan that politicians like to bandy about. It makes them feel strong; it makes them look tough; it wins plaudits from the hard-hearted tabloids; it allows the politicians to call themselves “reformers.” But it hurts children.

And this, from the National Association of School Psychologists


When weighing the pros and cons of a decision to retain or promote a student, it is critical to emphasize to educators and parents that a century of research has failed to demonstrate the benefits of grade retention over promotion to the next grade for any group of students. Instead, we must focus on implementing evidence-based prevention and intervention strategies to promote social and cognitive competence and facilitate the academic success of all students.

There is no research based reason to claim that retaining students who are struggling academically will improve their achievement. On the contrary, the research on retention in grade over the last century indicates exactly the opposite. We should reject plans which call for mandatory retention of students based on test scores.