The Common Good,
(Lack of) Teacher Appreciation Week,
The Cost of Charters,
How Would You Change Public Education?

"THE TREADMILL AND THE POOR LAW ARE IN FULL VIGOUR, THEN?" - Ebenezer Scrooge

Ebenezer Scrooge believed that the poor should be sent to prison or poor houses paid for by the state. He believed that he had his fortune, and others could, if they were able, get their own. On the other hand, even Scrooge, at least according to Dickens, paid taxes to support facilities for the poor...

Most people are willing to pay more in taxes to support their public education systems so it makes sense for states to raise more funds to pay for public schools.

Politicians in Arizona have found a way to increase funding for schools without raising taxes on their wealthy donors. As punishment for teachers daring to ask for more money for themselves and their students, Gov. Ducey and his cronies are raising the money through regressive taxation which disproportionately impacts the poor and middle class. For example, one of the new taxes is a new $18 registration fee for cars, which represents a larger percentage of annual income for low wage earners.

There will also be a change in how the state pays for desegregation of public schools, paid for by higher property taxes in low-income school districts.

Similar types of revenue plans are on the table in West Virginia, Oklahoma, and Kentucky. Corporate taxes are untouched, with the poor and middle classes carrying the load for the increased spending.

The concept of the "public good" is lost on these people.


Arizona teachers returned to class on May 4 after ending a six-day strike that closed nearly all of the state’s 2,000-plus schools. Educators returned to work after the state legislature gave them a 20 percent salary raise over three years and some extra funding for public education.

But there’s a catch: Lawmakers are going to make them and other middle- and working-class Arizonans pay for the raise. 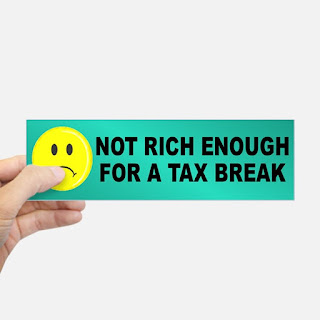 A school is not a factory; teaching is a process

This letter, written during Teacher Appreciation Week of 2012, is still current. Politicians and pundits talk a good game, but when it comes to actually appreciating what teachers do, they come up short.

The Indiana legislature, for example, is set to take over two public school systems. Included in the law which takes away the right of the people to elect their local school boards, are provisions rescinding rights for teachers.


This week is the annual celebration of Teacher Appreciation Week. Politicians of every stripe and school superintendents everywhere will write letters and make proclamations stating how much they value the service and dedication of teachers everywhere. All of these words are empty and merely paying lip service to something they do not believe. By their actions, these ''leaders'' have made it obvious that they neither appreciate, admire, respect nor comprehend the jobs of the people who spend their days with the nation's children. Nor do they understand the first thing about the children in those classrooms. 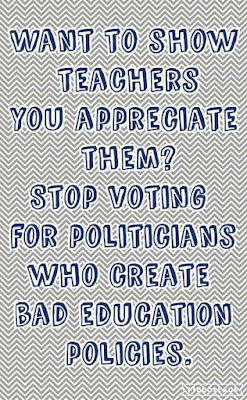 
Finn's argument against the strikes range from the creatively misguided to old-school insulting. He has, of course, completely ignored the part of this that is flummoxing many conservatives-- the strikes are not simply about teacher wages but about teaching conditions. When you say teachers should suck it up and teach classes of forty kids, you are saying that parents should be happy to put their kids in forty-student classes. When you argue that teachers should stop whining about moldy rooms, you are saying that students should gladly sit in those rooms as well. When you argue that teachers should not get fussy about forty-year-old textbooks, you are saying that students should be happy with those books as well. Teachers work conditions really are student learning conditions, and when those conditions have been deliberately degraded by people who want to save a buck or leaders who want to drive more families into charter schools-- in short, when those lousy conditions are the result of deliberate bad choices made by legislators, then all the teacher shaming in the world isn't really going to help.

Finn says that if we want to ameliorate these conditions, "a great many things need to change in very big ways." He's correct, but those many things are less about teachers being uppity and more about state leaders actually committing to support public education. 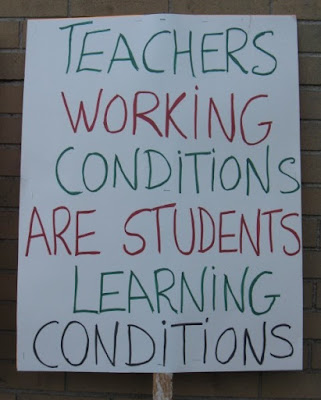 CHARTERS – GREED IS NOT GOOD FOR CHILDREN

Are charter schools private? In Texas courts, it depends why you're asking


In 2006, in Dallas, a construction company sued a charter school, alleging that the school stiffed workers on a building contract to the tune of a couple hundred thousand dollars.

Eight years later, in Houston, a third grade teacher sued the charter school where she worked, alleging that it had falsified test scores, that it failed to properly provide for students with disabilities and that mold in her classroom had made her sick.

Their claims did not make it very far.

The teacher couldn’t sue the charter because, the Texas Supreme Court said, it’s not a government entity. The construction company couldn’t sue, the same court said years earlier, because it was. 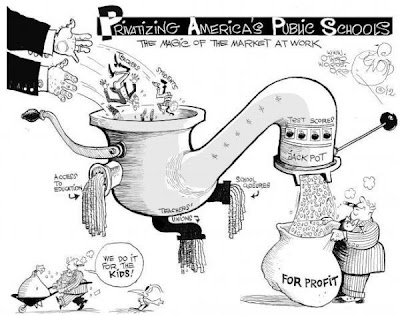 Report: The Cost of Charter Schools for Public School Districts

How exactly do charter schools drain money from public schools? In the Public Interest has a report.


In a first-of-its-kind analysis, In the Public Interest has found that public school students in three California school districts are bearing the cost of the unchecked expansion of privately managed charter schools. 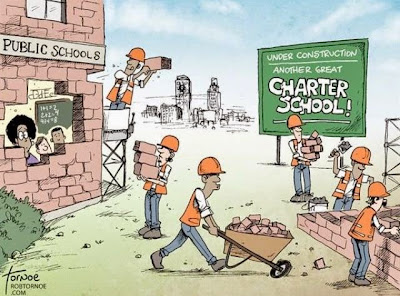 If You Could Make ONE change….

John Merrow asks, "If YOU had the power to make ONE major change in American public education immediately, what would you choose to do?"

Unfortunately, ONE change won't fix the problems associated with public schools since they reflect the society in which they exist. Schools need funding for more than simply one important resource. They need...
In other words, all schools need the resources given to wealthy students, like those who attend Scarsdale Union Free School District, New York, or Weston School District, Connecticut.

The choices made by Merrow and his dinner companions were important, but only two of them acknowledged that the key to any change that stood a chance of having an impact on students was money. To his credit, Merrow's suggestion, eliminating standardized testing, was the only suggestion of the five which would be free, and in fact save money. I would agree that, among other things, eliminating the waste that is the standardized testing program in the U.S. would be a benefit for all public school students and teachers.

Nothing will change, however, until the United States decides that its children are as important as, for example, its military.


“More money is a great idea, and so are equity and universal pre-school,” he said, “But I would want to do something that would make society commit to quality education.” He paused. “If I had the power, I would require every state to pledge to support the United Nations Universal Declaration of Human Rights, because it states that education is a fundamental human right. That would move the needle.”

Later that evening I looked up the 1948 document, which has been translated into more than 500 languages. Sure enough, Article 26 states:

At that point everyone turned to me, and, even though I am much more comfortable asking questions than answering them, I plunged ahead. “I would eliminate standardized testing.” 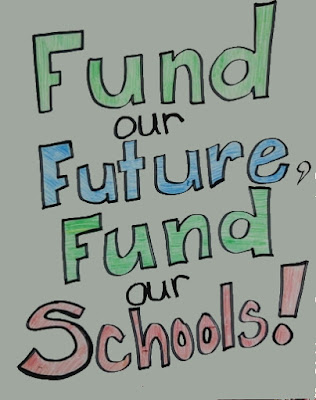