CCSS: Where Were the Child Development Experts?

I knew that most the writers of the Common Core Standards (CCSS) weren't educators. Then I read A tough critique of Common Core on early childhood education and learned that Edward Miller and Nancy Carlsson-Paige...


...reviewed the makeup of the committees that wrote and reviewed the Common Core Standards. In all, there were 135 people on those panels. Not a single one of them was a K-3 classroom teacher or early childhood professional.

In the Joint Statement of Early Childhood Health and Education Professionals on the Common Core Standards Initiative we're told that... 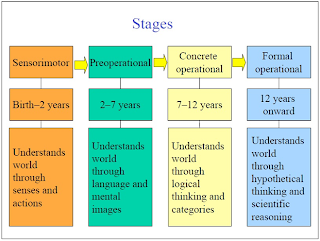 "Why do we care if [Common Core standards] are age inappropriate? Well, you can answer that with one word – stress...Instead of thinking about what’s developmentally appropriate for kindergarteners, [those who wrote the standards] are thinking [college] is where we want this kindergartener to end up, so let’s back track down to kindergarten and have kindergarteners work on these skills from an early age...This can cause major stress for the child because they are not prepared for this level of education."

All this, according to Stephen Krashen, for only a few billion dollars...

The cost of the new standards

The new tests must be administered online. Many districts lack enough up-to-date or even working computers, and even if computers are in place, there will be continual upgrades and replacements as well as major changes as new technology is developed.

Taxpayers will have to pay for all of them. Because no evidence has been provided showing that online testing will benefit students in any way, this adventure is a boondoggle.

Whether or not the tests help students, computer and testing companies will make a lot of money taking no risk. If student achievement declines, we will be told that we need even higher-tech tests, and we will be presented with National Test 2.0.

The authors of the standards should have included early childhood and child development experts before they accepted the task of writing early childhood standards. This is another example of people who aren't trained thinking that "anyone" can make decisions about schools, students and educational policy. Just like No Child Left Behind, the Common Core Standards are setting students up to fail.